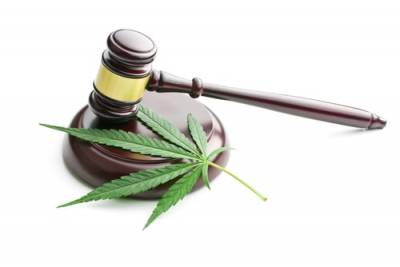 In 2019, Illinois Governor J.B. Pritzker signed the Illinois Cannabis Regulation and Tax Act and changed the way marijuana is treated under Illinois state law. Although marijuana use and possession remain illegal under federal law, this follows a national trend of legalizing marijuana use on the state level.

Included in this new law are provisions which state that marijuana use in and of itself cannot be used as a factor in making decisions in child custody disputes. Judges, custody evaluators, and guardians ad litem are not allowed to discriminate against a custodial parent based on recreational or medicinal marijuana use.

However, this law has certain limitations. Like alcohol, marijuana usage can cross into unhealthy behaviors, particularly when children are in the picture. Keeping a few basic principles in mind will help you keep your children safe and ensure marijuana never becomes an issue in a child custody dispute.

Keep All Substances Out of the Reach of Children

All mind-altering substances and drugs, including alcohol, marijuana, and prescription drugs should be locked up and kept completely away from curious children. This includes any kind of paraphernalia. Parents should be particularly careful about marijuana candies and edibles that can appear in packaging that is very appealing to children.

Plan your recreational marijuana use around your custodial time, and do not use marijuana around children. Custody battles can be tense without adding in unnecessary accusations of improper usage of marijuana, and as long as negative cultural stereotypes exist about marijuana users, it is best to be on the safe side.

The law doesn’t allow for judges or spouses to discriminate based on marijuana usage in and of itself, but it certainly allows for discrimination based on a DUI. In addition to exposing others and yourself to unnecessary danger, driving under the influence is an easy way for a spouse to claim that their ex is irresponsible and unable to take care of children.

Remember that detectable traces of marijuana stay in your system and can show up in a urine test for several days after usage. In Illinois, if you are pulled over and an officer has probable cause to believe you are under the influence of anything, they may arrest you and require you to submit to a chemical test that you cannot refuse without facing penalties. Be smart and stay sober whenever you know you may need to drive.

When Can Marijuana Use Be a Problem for Child Custody?

Marijuana use can be legally used as an adverse factor in determining child custody if “the person’s actions in relation to cannabis created an unreasonable danger to the safety of the minor or otherwise show the person not to be competent as established by clear and convincing evidence.”

This is intentionally somewhat vague and leaves plenty of room for interpretation. Judges may decide that a custodial parent’s marijuana use is creating an unreasonable danger to the safety of a minor if said usage is causing the parent to miss appointments, leave the child without appropriate supervision, or be otherwise neglectful due to an altered state of mind. Keep your child’s best interest in mind and use marijuana, and all other substances, wisely.

If you are going through a custody dispute in Illinois and you have questions about how your, or your co-parent’s, marijuana use might affect custody, you should discuss your options with a skilled DuPage County family law attorney. Contact Andrew Cores Family Law Group for a free, confidential consultation at 630-871-1002 today.