How High Can Illinois Spousal Support Get? 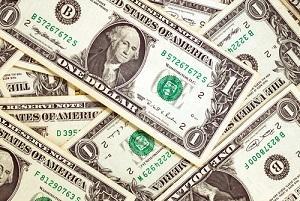 Aside from child custody concern, spousal support is often among the most contentious issues in Illinois divorce cases. Unlike child support, which is subject to rigid state guidelines, judges have wider latitude to determine alimony or spousal support. The goal of spousal support is not to “punish” anyone, but to ensure the recipient spouse is not at a serious financial disadvantage once the divorce is final.

Spousal support is exponentially more complicated when dealing with a high-asset divorce. Among other factors, the judge must take into account the couple&#039;s “standard of living” at the time of the divorce, as well as each spouse&#039;s current and future earning capacity. Put another way, the alimony award for a stay-at-home spouse married to a multi-millionaire may differ significantly from that of a working spouse who already has significant income.

Of course, it is the high-asset cases with large alimony requests that tend to grab news headlines. For instance, the Chicago Tribune recently reported on the long-running divorce case involving the founder of Cancer Treatment Centers of America—a successful chain of for-profit hospitals—and his wife. The wife filed for divorce nearly eight years ago and while the couple is no longer legally married, the question of spousal support remains pending before a judge in McHenry County.

Although the couple signed a prenuptial agreement just before their 1991 marriage, there was a clause that said support payments would be “negotiable” if the marriage lasted more than seven years. Accordingly, the wife has asked the court to award her more than $400,000 per month in alimony. According to the Tribune, she is currently receiving temporary spousal support of $65,800 per month.

Before the judge, a financial expert retained by the wife testified that she would require $433,391 per month in maintenance “to keep up a standard of living similar to what she had during her marriage.” This would include purchasing and maintaining two homes, four motorcycles, and nearly $100,000 per month for travel expenses. The expert noted the wife “was never on any budgetary constraints” during the marriage.

During her own court testimony, the wife said she played an “active role” in her husband&#039;s business and deserved consideration for her contributions to his business success. Conversely, the Tribune reported attorneys for the husband “downplayed her involvement and asserted her primary focus was the couple&#039;s social life.”

Whatever the outcome of the aforementioned case, it is a useful reminder that an acrimonious divorce can stretch on for years at a time before there is a resolution. If you are looking to avoid such an outcome, you might consider mediation or collaborative law as an alternative means of settling spousal support and other divorce issues. To schedule a consultation with an experienced DuPage County family law attorney who can explain your options, contact our offices right away.