How Millennials Are Changing the Face of Prenups

Posted on Tuesday, 27 September 2022 in Prenuptial Agreement in Illinois 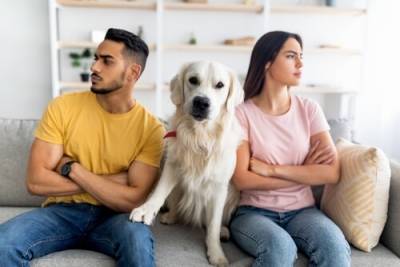 For decades, the Baby Boomer generation – those born between 1946 and 1964 – was the largest generation. But in 2019, the Boomers were surpassed by the Millennials – those born between 1981 and 1996. Now that there are more Millennials than other generations, they are definitely putting their mark on society, including the increase in prenuptial agreements. But unlike Boomers, the issues addressed in Millennial prenuptial agreements have taken a turn.

One of the major differences with Millennial couples is that more and more of them are choosing to keep their assets separate instead of pooling them together. Commingling assets is one of the issues that can make distributing a marital estate in a divorce difficult. So many Millennial couples are choosing to keep assets separate by drawing up prenups that address who is responsible for major purchases and other debts the couple may have during their marriage.

The Millennial generation has been hit particularly hard with student loan debt and many couples bring that debt into their marriages. However, a prenuptial agreement can address how past and future student loan debt can be addressed. For example, a couple could have a clause in an agreement that says, should they divorce, any marital assets that were used to pay off a spouse’s student debt are reimbursable to the other spouse.

Many Millennials are choosing to have children later in life – if at all – and instead adopt “fur babies.” But when the couple decides to divorce, the question of what happens to their pets looms large. Prenuptial agreements cannot address custody, visitation, or child support for children but they certainly can tackle custody when it comes to any pets a couple has. How custody of the pet will be divided, who will pay vet bills, and any other issues and expenses can be included in a prenup.

That delay in having families raises another critical issue that is more common today than in the past: because of the delay in having children, there are a higher number of couples who deal with fertility issues when they are ready to start their families. Many of these couples turn to in vitro fertilization. Part of that process may be the freezing of embryos. But what happens to those frozen embryos should the couple divorce? This critical issue can and should be addressed in a prenup in order to avoid prolonged legal battles in the future.