The Importance of Prenuptial Agreements

Posted on Tuesday, 21 June 2016 in Prenuptial Agreement in Illinois 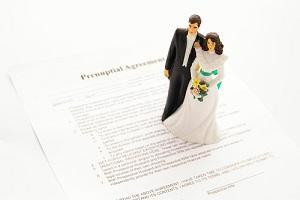 By now, you may have heard that actress Amber Heard is filing for divorce from actor Johnny Depp after just 18 months of marriage. Divorce filings are so common in Hollywood that, often, these cases barely warrant a mention, but one twist in this case is worth pointing out: the couple apparently did not have a prenuptial agreement.

That might not be a big deal if the couple had similar net worths, but in this case, Depp is estimated to be worth $400 million, while Heard’s net worth is thought to be around $9 million. Under California law, Heard is unlikely to wind up with hundreds of millions of dollars from the divorce settlement, but she could be entitled to a good amount of money that Depp made during the period they were married. Conceivably, she could receive tens of millions of dollars just for being married to Depp for less than two years. If nothing else, it shows the importance for high-net worth individuals of getting a prenuptial agreement before walking down the aisle.

Realistically, very few people make as much money as Johnny Depp, but even if you have a relatively low net worth, you should consider a prenuptial agreement in case of a divorce. No one wants to think about a divorce when they are getting married, but the fact is that it is always a possibility someday, no matter how much you care about each other. Additionally, the prenuptial agreement is really a way to protect the rights of both parties to the marriage.

In Illinois, prenuptial agreements can be used to state which spouse owns which assets and how they will be distributed in the event that either party seeks a dissolution of the marriage. This agreement can protect inheritances and interests in a business, and provide how much, if at all, one spouse is expected to contribute toward alimony.

While some people can be hesitant to sign a prenuptial agreement, or even bring it up with their future spouse, one thing to remember is that Illinois law requires that these agreements be “fair and reasonable,” meaning that neither spouse will really be disadvantaged by signing the agreement. A court simply will not enforce it if it is too one-sided.

Finally, keep in mind that one thing a prenuptial agreement can never decide is child custody (parental responsibilities) or child support. If you and your spouse have children while married, these issues will have to be decided by a court in the course of divorce proceedings.

You do not need to be a famous millionaire to get a prenuptial agreement. These agreements can be extremely valuable even if you and your future spouse just have a few assets. Having a prenuptial agreement does not mean that you automatically are planning to get a divorce someday; it is more like an insurance policy in case something goes wrong. For a free consultation, contact a DuPage County family law attorney online today and let us assist you with your case.