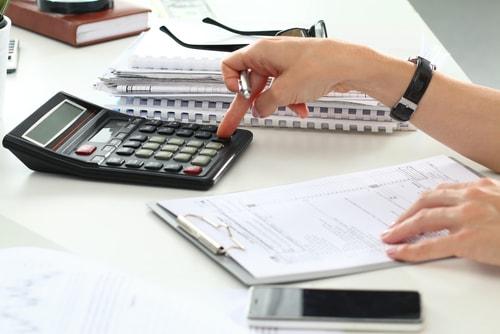 Illinois courts calculate child support payments using a state-mandated formula that takes into account a number of factors, but focuses on the supporting parent’s income and expenses. In some circumstances, such as a heavily contested divorce, the parties may present conflicting evidence regarding their respective income. If the court has reason to believe the supporting parent has provided false, misleading, or inaccurate information about his or her finances—or if the parent is intentionally unemployed or underemployed—a judge may “impute” additional income to the parent for purposes of calculating child support.

Here is an example of how and when a court imputes income. In a recent Illinois divorce case, a wife filed a petition for temporary child support. The couple had three minor children who lived with the wife. In response, the husband filed a financial disclosure statement that stated he had a net income of negative $5,000 per month, meaning that he was investing substantial resources in running his business. While the wife claimed that the family&#039;s living expenses were more than $9,000 per month, the judge found neither party especially credible and ordered $6,000 per month in temporary support.

At the subsequent divorce trial, the husband said he dissolved his business and went back to work as a truck driver making $20 per hour. But the court eventually “imputed” significantly more income to the husband, to the tune of $8,000 per month. The judge based this figure on a review of the husband&#039;s financial records, which “showed that he had paid many other expenses that indicated he had substantial cash on hand.” At the same time, the husband owed more than $90,000 in back child support under the initial, temporary order. Using the imputed income figure of $8,000 per month, the judge ordered the husband to pay $2,560 in monthly child support.

The husband appealed, but the Illinois First District Appellate Court affirmed the trial judge. Since the husband&#039;s statements about his own finances were “not credible,” the appeals court said, the trial judge was allowed to look to “other factors,” such as the fact the husband had multiple bank accounts and his “previous income as a tow truck driver.”

Do You Need Help With a Child Support Matter?

In any child support dispute, it is important to accurately establish each parent&#039;s income and expenses. You should never lie or attempt to mislead the court. As the case above illustrates, judges are smart enough to look beyond a party&#039;s statements to the actual records and financial history.

If you need help establishing child support, or modifying an existing order, you should speak with a qualified DuPage County family law attorney who can advise you on the best way to proceed. Contact one of our three convenient locations today to speak with an attorney.