The Interaction of Divorce and Bankruptcy 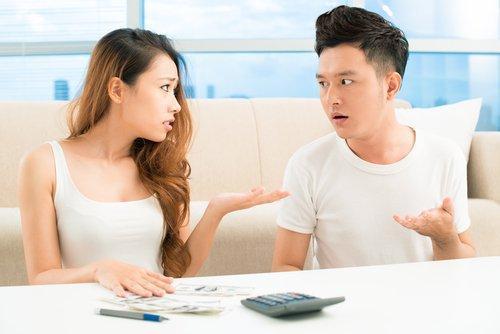 Divorce and bankruptcy are often intertwined events in people's lives. The added stress of mounting debt or a lost job can hasten the end of a difficult marriage. The two processes are also both somewhat similar from a legal standpoint, at least as far as they are both legal proceedings designed to divide a set amount of property, albeit quite differently. However, the fact that these two processes involve property division becomes important for how they interact. Yet, how they interact also depends on whether the bankruptcy comes before or after the divorce.

Filing bankruptcy before the divorce may have some advantages, but it can also necessitate making decisions about the bankruptcy during the divorce.

As far as advantages are concerned, it can be easier to file for bankruptcy first for a few reasons. First, one of the major parts of marital property division in divorce is the division of marital debts between the spouses. A bankruptcy proceeding preceding the divorce can help simplify and reduce these debts to make the division easier. This can also help the court and the spouses deal with other important issues during the divorce, such as child custody, without distraction. Additionally, filing for bankruptcy prior to divorce also means that there will only be one bankruptcy event, which is likely to be less expensive.

However, filing for bankruptcy before divorce can also mean that once the divorce goes through there are new options for the bankruptcy. Most personal bankruptcies are filed under chapters 7 or 13 of the bankruptcy code. Each treat the bankruptcy process differently, and each have different qualification requirements. People are allowed to convert between them in some circumstances, and divorce may change whether people qualify for the other chapter's process. Couples may need to make a decision about whether they want to convert their bankruptcy, usually from a chapter 13 to a chapter 7 after a divorce.

Filing for bankruptcy after divorce raises a different set of questions, largely related to how bankruptcy treats divorce-based debts. Most importantly, bankruptcy cannot discharge alimony and child support payments, and past-due debts in these areas can actually prevent the bankruptcy judge from ending the proceedings. Bankruptcy also has implications for joint debts that arose during the marriage and were assigned to one spouse during the divorce. The creditors would still have the right to go after that other spouse, however that other spouse would then be able to bring the spouse who filed for bankruptcy back to divorce court in the event they ended up paying for those debts.

If you are worried about the implications that divorce and bankruptcy have for each other and want more information on your options, contact an experienced DuPage County family law attorney today.
PAY YOUR BILL