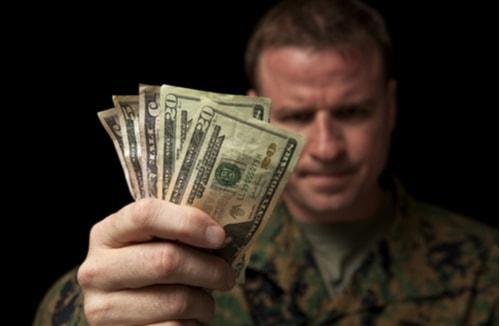 If you or your spouse is an active duty member of the U.S. military, there are some issues regarding which different rules must be followed during a divorce. One of these includes the issue of support payments or lack thereof. For example, a civilian might conceivably face garnishment of his or her pay or, in an extreme case, jail time, but an active duty service member has extremely important obligations that preclude such a punishment in most situations. Still, there are methods available that could help you to receive the support payments you are due.

Interim Guidelines Can Be Used

Because active duty personnel may be stationed overseas, they are often unable to appear in court to discuss issues like child support. While such matters are strictly civilian in nature, they are important enough that a spouse is generally given a chance to argue on his or her own behalf in discussing the. Each branch of the military service has established its own set of interim support guidelines that, if implemented, are used until the active duty spouse’s current tour ends. Then, he or she can then appear in court to discuss a more long-term support arrangement.

The Air Force’s regulations are not very clear, but the other services’ rules are relatively easy to comprehend. Generally, they mandate that an enlisted individual or officer should manage his or her personal affairs in a way that does not bring dishonor on the relevant service (though there are extenuating circumstance exceptions). Commanding officers have the ability to check whether the soldier is truly honoring his or her obligations, and to punish if this is not the case. It is important to know that any punishment will likely be invisible to the public at large due to the strictures of the Privacy Act of 1974. However, this does not mean that action is not being taken.

Under the interim support guidelines, military pay can be garnished if support is not paid for a certain period—usually two months. A garnishment in such a situation is not unlike a civilian garnishment, though certain allowances like housing and food are not able to be garnished. Such an order cannot be enforced through the chain of command, however. Unless there is a backing court order from a civilian court, the military cannot, under any circumstances, take the initiative to garnish a service member’s pay for unpaid support.

Many attorneys suggest instead that a spouse seeking support should have a non-discretionary allotment set up. These are amounts that are withheld from the service member’s pay that they have no ability to change or stop, and due to their gravity, even a member’s housing or food allowance may be affected if the allotment is large enough. Child support is not the only debt for which an allotment may be established; other common non-discretionary allotments include repayment of any kind of government debt and commercial debts (including credit cards). Allotments are set up via court order, and are generally lifted at the conclusion of the service member’s tour of duty. At that point, the spouses will go to court to establish long-term guidelines for support and other issues.

If you are in the situation of not receiving support from your military ex-spouse, engaging a civilian lawyer can be a helpful first step. Our dedicated DuPage County military divorce attorneys have experience in these situations and will do our best to assist you. Contact our office today to set up an initial consultation.