Irreconcilable Differences: The First Step in a Divorce Proceeding 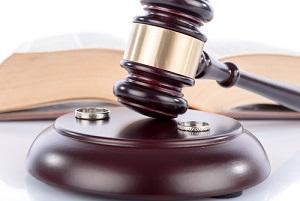 Since the beginning of 2016, there has been only one grounds for divorce in Illinois: an irretrievable breakdown of the marriage caused by irreconcilable differences. Before that, the law permitted divorces to be granted on a number of other grounds, including adultery, abandonment, and repeated mental or physical cruelty. Many people are aware that a divorce on the basis of irreconcilable differences is considered a “no-fault” divorce, regardless of the circumstances. What some do not realize, however, is that verifying that a marriage is truly beyond repair is the first step in any Illinois divorce proceeding.

According to the Illinois Marriage and Dissolution of Marriage Act, a contested divorce is handled on a “bifurcated basis.” This means that there are two stages of proceedings. The first stage is where the court must decide “whether irreconcilable differences have caused the irretrievable breakdown of the marriage.” The second stage involves the particulars of the divorce including property division and child-related matters, but it is only necessary if and when the court determines that the marriage is truly beyond repair.

In practical terms, if the parties agree that the marriage has broken down beyond repair, the court will generally enter a finding to that effect. Technically, however, the court could conclude that reconciliation is possible. This is most likely to occur in situations where the spouses disagree on the necessity of the divorce. If reconciliation is found to be possible, the court may order the parties to a participate in a “conciliation conference” at a court-approved conciliation service. If no such services have been set up in connection with the court, any similar service or facility may be used.

Information that may be revealed or developed as part of a conciliation conference cannot be used by the court in adjudicating the divorce or any future legal action. The conciliation report also will not become part of the case record, unless both parties agree that it should be. The primary purpose of the conference is to determine if there is any hope whatsoever of saving the marriage.

Once the court has determined that the marriage has broken down due to irreconcilable differences, the court may give the parties the chance to resolve their remaining issues amicably. If the court finds that an amicable resolution is not likely, the court may proceed to trial immediately. The court will also set a date to be used for the purposes of valuating assets and property. This date may be the trial date, another date agreed to by the parties, or a date otherwise decided on by the court.

The process of divorce in Illinois is often more complicated than many people expect. If you are considering a divorce, an experienced family law attorney in DuPage County can provide the guidance you need. Call 630-871-1002 for a free, no-obligation consultation today.