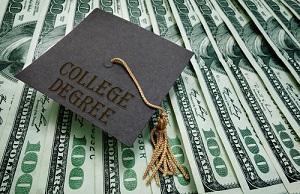 For the last 40 years, divorced parents in Illinois could be required to contribute toward the college expenses of their children, even after the children have turned 18 years old. Over the years, the law has been amended and clarified to specify that the matter is one related to the finances of the marriage and divorce rather than the direct support of the child in question. In other words, a child cannot file a legal action to get help paying for college from his or her parents, but one parent can ask the court to make the other parent help.

Illinois law does not, however, have the power to force married parents to pay for their child’s college expenses. According to a ruling by a DuPage County judge earlier this month, such a disparity is a violation of the equal protection guaranteed by the Fourteenth Amendment to the U.S. Constitution.

The case in question involved a divorced couple and their college-aged adult daughter. The daughter was reportedly interested in pursuing a degree in marine biology. Her relatively wealthy father supported her interests, and according to court documents, paid for dive excursions in exotic places and other related activities. The father was even allegedly willing to foot the entire bill for his daughter’s degree if she attended certain universities in either Hawaii or California—schools that offered an undergraduate degree in marine biology.

The young woman and her mother, however, determined that the she would attend a college in Florida that did not offer a marine biology major. The mother filed a petition asking the court to require the father to help with the expenses, and he was ordered to pay 40 percent of the bill.

In August of last year, the father filed a motion in DuPage County court claiming that the order was in violation of the equal protection clause in the Constitution’s Fourteenth Amendment. He claimed that the law, as it is written, creates two separate classes of parents with different sets of rights because divorced parents can be forced to pay for their children’s college while married parents cannot be forced. He further claimed that the law does not include provisions regarding the input of the parents regarding the choice of the child’s school. A married parent, he claimed, is free to make an offer to pay for school conditional on where the child wants to go, but a divorced parent is not.

DuPage County Judge Thomas A. Else issued his ruling earlier this month, largely siding with the father. Else wrote in his decision that when the law was enacted 40 years ago, children of divorced parents were often at a disadvantage regarding post-secondary education compared to children of still-married parents. “There is no basis for such a conclusion today,” Else said. The judge determined that the father’s rights to equal protection were, in fact, violated by the support order, which Else subsequently struck down.

It is important to note that this ruling will not set a legal precedent unless and until it is reviewed and ruled upon by an Illinois appellate court or the state Supreme Court.

If you have questions about how the recent ruling might affect your support order, contact an experienced DuPage County family law attorney. Call 630-871-1002 for a free, confidential consultation at Andrew Cores Family Law Group today.