Keeping Down the Hidden Costs of Divorce 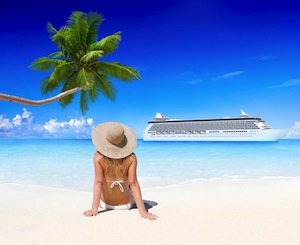 Many people who want to lower their divorce costs end up focusing on their legal fees. While this is a good strategy, and efficient use of attorney time can definitely result in a cheaper divorce, people often miss out on other parts of the divorce process that they can use to control costs. A study by the British insurance agency Aviva found that many people end up spending extra money on luxury items and other lifestyle costs as a result of going through a divorce. Paying careful attention to these sorts of line items on a household budget can often be another way that people going through a separation can save money.

Aviva's study revealed a surprising number of people splurging on post-divorce that they may not need. For instance, almost one in seven people who responded to the study reported that they took a vacation after their divorce. The average cost of one of these trips totaled nearly $3,200. About the same amount of people said that they responded to their divorce by purchasing some sort of new gadget like a computer or a new TV. The average cost of that purchase ended up being over $2,100. Picking up a new hobby after a divorce was an even more expensive endeavor. One out of every eight newly separated people spent on average almost $3,500 on whatever hobby they chose. If people are not careful, these sorts of hidden, discretionary purchases can really start to drive up the cost of their divorce.

Oftentimes, the best way for people to keep these sorts of hidden costs down is through awareness. Many people who get a divorce do not carefully reevaluate their finances, or at the very least, they do not do it quickly enough. This can lead to people living outside their means and spending lavishly on things like post-divorce trips, new electronics, or developing new hobbies. Spending money on any or all of these items may not be the wrong choice, and indeed many things like new hobbies or getting in shape can actually contribute to a person's mental and physical well-being. However, people should not spend blindly. Instead, they should ensure that they have a clear picture of their finances. That picture can help people spot these hidden costs and make sure they stay reasonable and healthy, rather than cropping up as a major bill that needs to be paid at a later date.

If you are considering filing for divorce and would like more information on how it works, seek the counsel of an experienced DuPage County divorce lawyer today. Our team of skilled professionals can help make sure that you and your interests are fully and fairly represented in court.