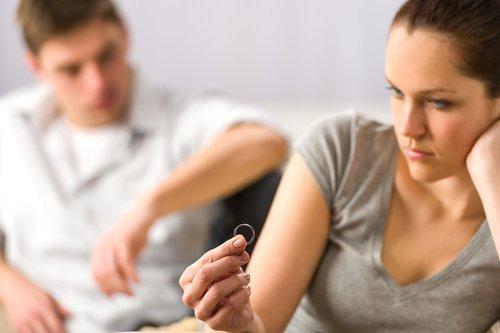 Divorces are the most common way of legally ending a marriage in Illinois, but they can seem too final for some people. Sometimes, people in that situation may benefit from another option provided by Illinois law, legal separation. Unlike divorces, legal separations do not end a marriage. However, they do allow both parties to live separately with formal support agreements in place. These sorts of arrangements are seldom used in Illinois because they still require much of the same process as a divorce, but they can be a useful tool in certain circumstances.

Legal separations are very similar to divorce. If the two spouses are living apart, then one of them can file for a legal separation provided that they are not at fault for the separation. Examples of fault can include things like adultery or abandoning the other spouse. Then the couple determines things like child custody, visitation rights, child support, alimony, and property division, just like they would in a full divorce. Also like divorce, legal separations are permanent arrangements, unless the couple chooses to get back together. Although, at some point it will likely make sense for a couple who has been legally separated for a long time to convert that separation into a divorce.

This is because the processes do have some differences. Most importantly, legally separated spouses are still married for the purposes of Illinois law, which means that they would not be allowed to marry someone else without going through a full divorce process. It also has implications for inheritance purposes. If a legally separated spouse dies without preparing a will, then the other spouse would inherit as he or she would normally under Illinois law. Legal separations can also often be accomplished quicker, since Illinois divorce either requires either grounds for the divorce or a six-month period of separation.

The Purpose of Legal Separation

Legal separation has a variety of potential uses in certain situations. One way that these separations can be useful is if one spouse is operating under a financial deadline; in this situation, it may be beneficial to have the support arrangements sorted out more quickly, something that a legal separation can help with. For instance, if one spouse is expecting a major pay raise, it can be to his or her benefit to have the property division done before he or she starts accruing the new benefits. This is because property that one spouse gets after a legal separation does not qualify as marital property to be divided in a divorce.

Legal separations are just one of many tools that the law provides for making the unwinding of a marriage as easy as possible. If you would like to learn more about this and other options, reach out to an experienced DuPage County divorce lawyer for more information today.
PAY YOUR BILL