How Can I Make Sure My Prenuptial Agreement Is Valid?

Posted on Tuesday, 11 April 2017 in Prenuptial Agreement in Illinois 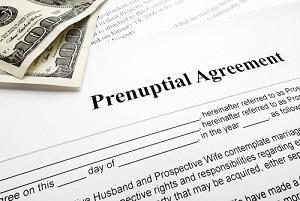 In recent years, an increasing number of couples have chosen to execute prenuptial agreements, or prenups, before their marriages. There are many different reasons for you and your potential spouse to consider a prenup, but all such agreements have the potential to be declared invalid if they are not drafted properly. If you want to be certain that your prenuptial agreement will pass legal muster, there are some things you should know.

Only Certain Issues Can Be Discussed

The major issue that many couples encounter with prenups is trying to address concerns that, by law, cannot be settled until they become relevant, with child support and parenting time being the most common. Illinois prenups are governed by the Illinois Uniform Premarital Agreement Act (UPAA), and it contains a specific list of items about which the parties may contract, including the right to dispose of assets, the right to continue certain arrangements from the agreement in a will or trust, and “any other matter … not in violation of public policy.” Child support is perhaps the most paramount of these.

The Act states explicitly that the right of a child to support may not be abridged by any stipulation in a prenuptial agreement. The rationale behind this is that child support is not a right that belongs to the parent, but rather to the minor child. Two people cannot negotiate away the rights of a third, and children cannot be parties to contracts, except in the rarest situations. To allow prenups to dispose of child support issues is decidedly against public policy, and is thus barred by the UPAA.

Be on the Same Page

Another common consideration is the issue of inherent enforceability. There are many different reasons why a prenup may be declared to be unenforceable under the UPAA. The most common are fraud and duress, though there are many permutations of both of these.  For example, one spouse may strongly urge the other to sign the prenup while the other spouse feels pressured to sign even if the provisions are not acceptable to him or her. A prenup may also be inherently unconscionable, which is when the terms of an agreement are so one-sided and manifestly unjust that to enforce the agreement would be against public policy.

If you and your spouse are truly in agreement regarding the specific provisions of your prenup, it can largely eliminate the possibility of claiming duress or allegations of fraud. The most solid prenuptial agreements are formal codifications of questions already answered between the spouses. Engaged couples can reasonably expect each other to share information about their finances and assets, as well as any other potential issues, before entering into a marriage. If this does not happen for you, you may have bigger problems than a defective prenup.

Need Help Making Sure Your Prenup Is Solid?

Prenuptial agreements can be complex, or they can be very straightforward. Either way, it can be of immense help to have experienced eyes look it over to ensure its validity. Our passionate DuPage County prenuptial agreement attorneys are happy to assist you in setting the foundation for your future. Contact any of our locations today to set up an initial consultation.