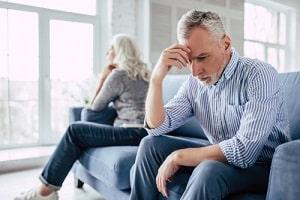 Gray divorces have increased in recent years for a variety of reasons. The knowledgeable team at Andrew Cores Family Law Group can help guide you through the divorce process as you get a divorce at any age, even over the age of 50. If you find yourself in need of such a divorce, reach out to a Wheaton, IL gray divorce lawyer at 630-871-1002 for a free consultation.