The Effects of Marital Misconduct on Divorce 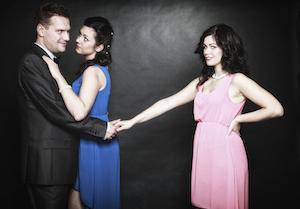 When you and your spouse are in the process of getting divorced, it may be because one of you conducted an extramarital affair. If you are cheated on, it can destroy your faith in the other person forever, and you may think that it gives you leverage in a divorce proceeding. However, in Illinois, any emotional damage you may have suffered is not going to have any effect on your divorce, with rare exceptions in the most unusual cases.

Marital misconduct is defined in Illinois as any conduct that undermines the marital relationship. Most of the time, this is applied to extramarital affairs and conduct that destroys trust, but it may also include conduct that is economically dangerous or wasteful. For example, a man spending his and his wife’s retirement account savings on a new car would likely qualify. In Illinois, economic misconduct can also be referred to as dissipation of marital assets, but whether it affects property distribution depends on when the dissipation occurred. Dissipation may also simply not be worth pursuing as a claim against your former spouse, given that the money’s provenance must be established and it may cost more than was spent simply to prove you have a claim to those funds.

Other states may make consideration of fault conditional, meaning that certain crimes or civil infractions committed may affect one spouse’s claim to marital property. However, Illinois does not recognize any marital misconduct as grounds for unequal distribution of marital property. The only time your spouse may receive less property than they otherwise might from your divorce is if they have committed a crime and are prohibited from receiving or inheriting property from you based on that conviction.

“Not Relevant” to Property Division

Most people, especially wronged spouses, go into divorce court thinking that they can allege abandonment or mental cruelty because of the affair, and as such, receive a larger share of the marital property. This is simply not the reality.

The rationale as to why can be traced back to the propagation of the Uniform Marriage and Divorce Act (UMDA) in 1970. While the UMDA was only enacted in a few states, its commentaries and discussions had a lasting impact on divorce law as a whole. It was, for example, the UMDA which first propagated the idea of “irreconcilable differences” as grounds for divorce as opposed to proving fault. The drafters of the UMDA stated a wish to have the proceeding of divorce focus more on the “realities of the marital situation” rather than “an unproductive assignment of blame.”

Have Experienced Help on Your Side

If you have been blindsided by your spouse’s infidelities and untruthfulness, you may feel entitled to vengeance. The law may not grant you revenge, but with the right representation, you will get what you deserve. Contact an experienced Wheaton family law attorney to get the help you need. Call 630-871-1002 for a free consultation.