Does It Matter If I Move Out Before Filing for Divorce? 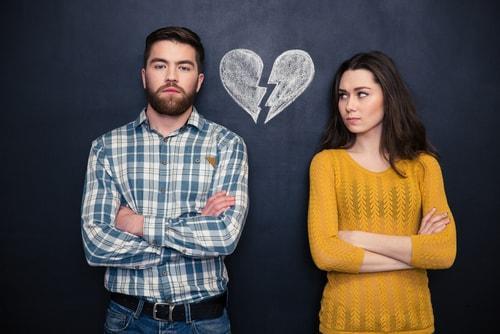 Right this moment, you can probably think of at least one couple that you know who are living separately but who have not yet filed for divorce. When a couple is having marital problems, it is not uncommon for one spouse to find a new place to live while making decisions about the future of the relationship. This happens so frequently that most people would not consider filing for a divorce while continuing to live in the same home as their partner.

It is important to understand that just because something happens frequently does not make it a requirement. You might be somewhat surprised to discover that the law in Illinois previously required a period of living separate and apart prior to a divorce, but the requirement no longer exists. Today, a couple looking to get divorced could potentially do so without any type of separation at all.

Up until several years ago, a couple who wished to get divorced on the basis of irreconcilable differences—otherwise known as a “no-fault divorce”—was required by Illinois law to live separately for up to two years before the divorce judgment could be granted. Court rulings over the years clarified that the requirement of living “separate and apart” could be met while the spouses remained under the same roof, but in most cases, one spouse usually found a different place to stay. The law allowed couples to shorten the separation requirement to six months if both spouses agreed, but it could not be waived entirely.

In 2016, the Illinois Marriage and Dissolution of Marriage Act (IMDMA) underwent a serious overhaul. As part of the reforms, Illinois legislators recognized that forcing a couple to wait in limbo for up to two years was unnecessary and often a waste of time. Starting on January 1, 2016, the separation requirement was removed altogether from the IMDMA. If a couple agrees on the necessity of the divorce, the case can be heard and finalized right away. If the couple does not agree but one spouse moves out, the court will accept a six-month period of living separate and apart as irrefutable proof of irreconcilable differences.

While the updated law is intended to streamline the divorce process, most couples who are headed for divorce will probably continue to separate first. The removal of the six-month minimum, however, will allow things to move faster in many cases. For example, if a couple splits up to consider their options, they may reasonably reach a decision within three months. Under the old law, they would still have at least three months to go before any real progress could be made. Today, they can move forward as soon as they make a decision to do so.

If you are considering a divorce and have questions about what the law in Illinois requires, contact an experienced Wheaton divorce attorney. Call 630-871-1002 for a free, confidential consultation at Andrew Cores Family Law Group today.