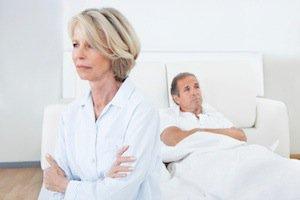 A pioneer longitudinal study has recently revealed that people who end troubled marriages when they are middle aged, colloquially referred to as “silver splitters” or “grey divorcees,” can often find later marriages to be much happier. The study in question, the "Grant Study," tracked young men over their whole lives, starting in the 1930s. The study, which focused in part on relationships, recorded whether the participant got a divorce, how long the participant’s marriage lasted, whether the person remarried, and the qualitative happiness of the marriages using periodic survey questions.

The Grant Study, formally known as the Study of Adult Development at Harvard Medical School, began in 1938, when researchers started tracking the lives of then 19-year-old Harvard students. The study began with 268 participants, but only 242 remained following World War II, in which many of the men fought. The researchers required participants to answer periodic surveys about their families and their relationships, usually annually or every other year. This allowed the researchers to track marriage length and marital status.

The participants were also asked to rate the quality of their marriages using a self-report happiness index. The index had three ratings: happy, so-so, and unhappy. The study then tracked participants over their entire lives, watching them grow up. The last update to the study occurred in 2011. At the time, the remaining participants were 92 years old.

The study’s author says that the lesson to learn from this set of data is that people grow. Prior to finding out the results of the study, he was of the opinion that certain people were just temperamentally unsuited for married life; their personalities simply did not mesh well with the institution. This new research has caused him to rethink that stance. Even middle aged people still have the capacity to change and grow, leading to happier, healthier relationships later on in life.

Contact an Attorney if You Are Seeking a Divorce

If you are currently in an unhappy marriage and would like to have a second chance at a happier marriage, seek out an experienced Wheaton divorce attorney today. Our skilled lawyers can help you end the marriage cleanly and fairly, allowing you to move forward with your life and relationships.