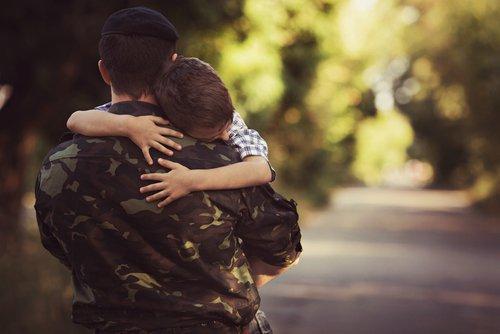 In 2012 Illinois updated its divorce statutes to accommodate service men and women who were deployed overseas but were involved in a child custody battle. The Illinois Marriage and Dissolution of Marriage Act is the statutory body of law in the state that governs divorce and related issues such as child custody. The Act made several key changes to account for parents who are active duty military. The following key provisions were enacted into law:

The purpose of these changes was to make the process of custody arrangements more fair and cognizant of the challenges faced by parents who serve in the armed forces. It helps protect a military parent’s custodial rights while deployed and upon return from deployment.

Consideration of the Best Interest of the Child

Divorce is a stressful process and the addition of a military deployment overseas can only further complicate the process for all parties involved. However, military parents should not have to endure their military service being used against them in a custody battle. The new changes to the state’s divorce and custody laws help clarify what rights military parents have while simultaneously keeping the child’s best interest at heart.

An experienced child custody attorney will be well versed in any changes to Illinois state law and will fight to ensure you reach a favorable divorce and custody agreement. Contact a skilled DuPage County divorce lawyer today for immediate assistance.