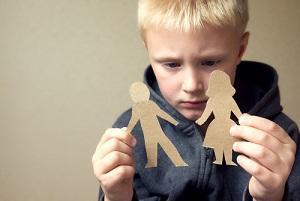 When an Illinois court issues a judgment regarding child custody arrangements, both parents must abide by the judge&#039;s decision. If a parent is dissatisfied with the terms of the order, he or she must pursue a legal avenue for seeking to amend the decision. A parent must never try to circumvent a child custody order by taking actions designed to undermine the rights and responsibilities of the other parent.

Indeed, such actions can backfire, as a recent Illinois appeals court decision illustrates. This case involves a divorced couple with three young children. Six years ago, an Illinois circuit court issued a custody order giving the mother “sole custody” while granting certain visitation rights to the father. The custody order further required the mother to “consult” with the father regarding “major health and education matters” affecting the children.

In 2012, the father filed a petition to modify the terms of the custody order, alleging there were “changed circumstances.” Specifically, the father presented evidence to the court that the mother had engaged in a pattern of “increasingly bizarre and erratic” behavior designed to “alienate the children” from him. Among other things, the father cited numerous instances where the mother made “false allegations of abuse against him,” which were ultimately investigated and dismissed by Illinois authorities.

The father also presented evidence that contrary to the terms of the original custody order, the mother failed to consult with him regarding health and educational matters affecting their children. Additionally, the father said all three children suffered from serious emotional and behavioral problems.

The judge found the father&#039;s evidence convincing and granted him sole custody of the children, with the mother receiving visitation rights. The mother appealed, but the Illinois First District Appellate Court affirmed the modified custody order. The appeals court noted the mother did not dispute the fact that she “interfered with [the father&#039;s] rights under the 2010 custody judgment” and that she “engaged in a pattern of alienation, including fabricating claims of abuse in order to distance [the father] from the children.” The trial court concluded these actions harmed the children, and the appeals court said it would not second-guess that finding.

Get Help From an Illinois Parental Responsibilities Lawyer

In any custody dispute, the best interests of the child must come first. A court may look at a number of factors in determining what exactly meets the “best interests” standard. The important thing for parents to remember is they need to work through any custody issues through proper channels, whether that involves litigation or negotiating a joint parenting plan. A parent should never take the law into their own hands by trying to forcibly alienate the other parent.

A passionate DuPage County family law attorney can assist you with many types of child custody issues. Contact our offices today to schedule an appointment with one of our qualified lawyers.