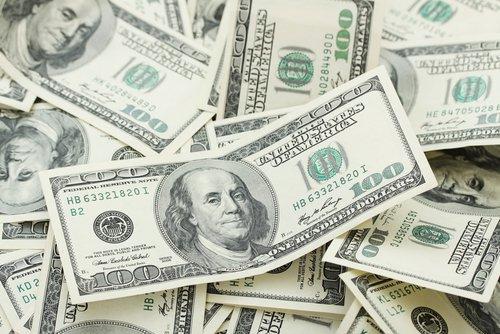 People say money is the root of all evil, and it turns out that that sentiment may extend to the marital arena. A study from Kansas State University found that couples fighting about money turned out to be a strong predictor of their marriage's strength. Interestingly, the strength of this predictor has nothing to do with the couple's well-being. Regardless of whether the couple is carrying loads of credit card debt or living in a mansion, couples who fight over money see an increase in their divorce risk as compared to couples who do not.

The Study In Question

The study's authors conducted their research using data from the National Survey of Families and Households. That survey is managed by the University of Wisconsin, and collected sociological data for thousands of families over a nearly 20-year span. The Kansas State researchers examined the data from that study for over 4,500 couples to see if they reported fighting over money issues. The researchers then compared the couples who fought over money with those who did not, making sure to only compare couples with similar yearly incomes, debt loads, and net worth. The results showed a significant increase in divorce risk for people who had monetary fights. Interestingly, the effect was limited to fights over money. Couples who fought over children or sex or other issues did not show the same level of increased risk.

The study's authors found the results especially interesting because they are limited to fights over money, yet the effect transcends specific income levels or other measures of wealth. The authors put forward a few theories that may be able to explain the correlation, and why it only happens with fights over money. First, fights over money may reflect more significant issues. Control over the relationship's finances can reflect the level of trust that the couple has for each other, as well as showing something about the relationship's power dynamics.

Second, an increase in fights over money can be the result of external factors affecting the relationship. For instance, people who are fighting over money may be experiencing a job loss or other extra financial problems. These sorts of problems can place more stress on a relationship, and many couples cannot cope with it.

Finally, the conflict may stem from different core values about how to use money. Some people prefer to spend their money and enjoy it, while others prefer to save it in case they need it on a rainy day. If a couple cannot figure out how to cope with each other's financial styles, this could spell trouble in the future.

All sorts of different events can trigger divorces. If you are considering filing for divorce, contact an experienced DuPage County divorce attorney to learn more about your rights.
PAY YOUR BILL