Moving Out of Illinois After a Divorce 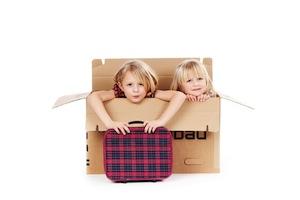 Child relocation is often a touchy subject, especially when parents have already been through an acrimonious divorce. Even when the child already lives with one parent the majority of the time, that parent cannot simply pack up and move the child to another state. Instead, the parent seeking child relocation must seek the other parent’s approval. Failing that, the parent looking to move must file a petition with the court, which the other parent has the right to contest.

Looking Out for the Best Interests of the Child

So how does a court decide whether to permit a child relocation? Illinois law says the paramount concern is always the “best interest” of the child. To help determine this, a judge may look at a number of factors, including the “history and quality of each parent&#039;s relationship with the child,” how well the parents have complied with their existing parenting plan, whether the child will have better “educational opportunities” at the new location, and the “presence or absence of extended” family at the new location versus their current residence.

Here is a recent illustration of how Illinois courts deal with child relocation petitions. In this case, a husband and wife with three minor children divorced in 2015. At the time of the divorce, the parents submitted a parenting plan providing the children would live primarily with the mother. A few months later, the mother petitioned the court to permit the children to move with her to Michigan. The mother said she obtained a new job that would pay her more money and, due to the lower cost-of-living in Michigan relative to Illinois, she could obtain better housing for her and the children.

The father objected to the petition. He wanted the children to stay in Illinois with him. Among other reasons, he said the children had lived in their present home “for nine years and where all their friends are,” and the small town in Michigan the wife moved to would not provide the same extracurricular activities as their present school.

The judge ultimately granted the mother&#039;s petition for removal. The court agreed with the mother&#039;s assessment that the move would likely “enhance the general quality of life” for the children. Additionally, since the parents had some unresolved conflict following their divorce, the mother&#039;s “need to remove herself from the daily conflict and stress” with her ex-husband would benefit the children “directly and indirectly.” The judge also cited the father&#039;s “failure to exercise his weekday parenting time” with two of his children and their overall “strained relationship” as grounds for siding with the mother. The father appealed the judge&#039;s ruling, but the Illinois Second District Appellate Court said the trial court acted within its discretion.

Are You Considering Moving Your Children?

Relocating your children outside of Illinois is a major decision. It is not something you can decide on a whim or without regard for the existing terms of a parenting plan. If you do feel relocation may be necessary, it is important to speak with a qualified DuPage County family law attorney who can advise you on the proper steps to take. Contact one of our three convenient locations today to schedule a consultation.