Do I Need Grounds for Divorce? 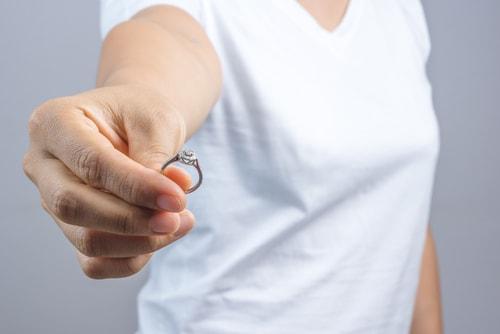 You may realize that divorce is technically a lawsuit that results in the end of a legal marriage. You may also know that in order to file a lawsuit, you must have a cause for legal action. In a car accident case, for example, property damage or bodily injury gives a person cause to file suit against the liable party. From the standpoint of the law, a divorce is no different. So, what are the causes that give a person the ability to file a petition for divorce? Causes of action in divorce proceedings are known as grounds, and the number of possible divorce grounds might surprise you.

Since changes to the Illinois Marriage and Dissolution of Marriage Act went into effect in 2016, there is exactly one cause of action for a divorce in Illinois. All divorces in the state are now granted on the grounds of irreconcilable differences. More specifically, the court may only grant a divorce if that “irreconcilable differences have caused the irretrievable breakdown of the marriage.” In addition, the court must also find that efforts at saving the marriage would be “impracticable and not in the best interests of the family.

Irreconcilable differences can mean different things to every couple, and the court is usually inclined to let each couple determine that their marriage is over. It is not in the interests of the court to block a divorce when it is clear that the spouses no longer want to remain married. The same is true in regard to reconciliation efforts. Testimony by each party that they have tried everything reasonable is usually sufficient to satisfy that element of the law.

Prior to 2016, there were about a dozen possible divorce grounds in Illinois, including those that addressed negative behaviors by one spouse. Behaviors such as infidelity, abandonment, patterns of abuse, and even being convicted of certain crimes could give the offended spouse cause to file a divorce action. The problem with fault grounds, however, was that they required proof. A woman who suspected her husband of cheating, for example, would need to find and present evidence of the affair before the court could grant a divorce on the grounds of adultery.

Irreconcilable differences have been a divorce option in Illinois for more than three decades, and over time, couples began to shy away from fault grounds in favor of the no-fault alternative. Finally, the Illinois legislature decided to eliminate fault grounds altogether.

If you are considering a divorce, it is important to understand as much as you can about the process. Contact an experienced Wheaton family law attorney for guidance. Call Andrew Cores Family Law Group at 630-871-1002 for a free consultation today.