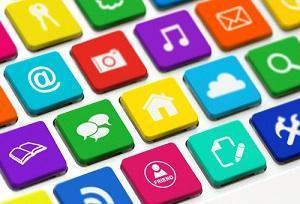 Text messages, in fact, are commonly presented as evidence during divorce proceedings. Lawyers across the country have reported an increase in the prevalence of text-message evidence in divorces over the last decade or so. Text messages and e-mails are also more accessible than they once were. Cell phone companies and internet services providers are often able to provide copies of all messages to and from a given account if they are subpoenaed by the court.

It is a common misconception that only obvious references to undesirable behavior can be used against a person during his or her divorce. This is simply not true. Inferences can be used and logic trails can be implied by attorneys and become part of the case’s record. For example, if you often post pictures of yourself partying and carrying on while intoxicated, the impression given by those photos could outweigh your claims that you are a good parent who provides a healthy, safe home for your children.

You should also be aware that deleting potentially problematic posts could land you in trouble with the court as well.  The Illinois Supreme Court has established that a person could face consequences for deleting items from social media if the deletions are found to be spoliation of evidence. During a divorce—especially a divorce that involves children—each spouse’s character will be taken into account. Having embarrassing items on your social media feed is one thing, but deleting them could be seen as an indication that you are being deceitful. Allegations of deception and fraud could negatively affect your case and your ability to spend time with your children.

If you are considering a divorce, an experienced DuPage County family law attorney can help you avoid creating problems for yourself on social media. Call 630-871-1002 to schedule a free consultation at Andrew Cores Family Law Group today.