Negotiation Strategies for an Uncooperative Spouse 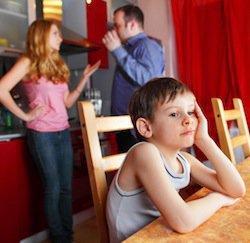 The emotionally charged nature of divorces can lead to a lot of bad blood welling up between the soon to be ex-spouses. If this happens then it can lead to one of the spouses becoming intractable and difficult with whom to negotiate. This can be especially difficult in a world where divorce mediation is becoming common, as more and more people begin to recognize the benefits of cooperating with their partner to divide up the assets. Fortunately, there are strategies available to help a person cope with an uncooperative spouse, and still move forward with negotiations.

Accept Their Point of View

People going through divorce, particularly those with uncooperative spouses, often find that their spouse’s view of the relationship varies wildly from their own. The spouses may view their own contributions to the marriage in a more favorable light, while simultaneously devaluing the other’s contributions.

Another important tactic for negotiations with an intractable spouse is to stay logical and keep emotions out of the bargaining. Former spouses will often know the best ways to draw a rise out of each other. This can lead to negotiations devolving into anger and acrimony, which will prevent them from moving forward productively.

Sometimes negotiations will simply devolve into arguments. Other times they can end up stuck on minor issues based more on principle or spite than any actual desire by either side to see the negotiation go their way. This allowance of emotion to cloud the issue impedes progress and thus can make the divorce process longer, more difficult, and more expensive.

If you are considering filing for divorce or have recently been served with divorce papers, seek help from a skilled DuPage County family law attorney today. Our firm can help guide you through negotiations as well as court hearings.
PAY YOUR BILL