Net Income in Illinois Means More Than Just Your Paycheck 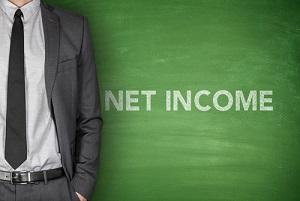 The Illinois Marriage and Dissolution of Marriage Act (IMDMA) section on child support is deceptively simple. A parent without the majority of parental responsibilities must pay at least 20 percent of their net income toward the support of one child. That amount increases up to a maximum of 50 percent of net income if six or more children are involved.

In many cases, “net income” can simply be calculated based on how much someone makes from their job. However, the income that someone makes from their employment is not always an accurate reflection of how much they are actually earningg, and, in some situations, parents go to great lengths to hide and manipulate their income to avoid paying more in child support. Illinois courts frown on these tactics.

In Re Marriage of Rogers and Money from Family Members

In re Marriage of Rogers was a 2004 Illinois Supreme Court case in which a father was only paying $250 a month in child support based on his $15,000 annual income as a teacher. But in addition to his job, the father received $46,000 a year in gifts and “loans” from family members, though it was questionable whether his family members ever expected him to pay this money back.

The IMDMA defines net income as “all income from all sources,” but does not explicitly define gifts and loans as income. Both the Court of Appeals and the Illinois Supreme Court sided with the mother in this case, however, finding that both gifts and loans count as income because they put the parent in a position to be able to better provide for his child.

One key to the court’s analysis was that the father was never required to repay the loans from family members. In the 2008 case ln re the Marriage of Baumgartner, the Illinois Supreme Court held that a residential mortgage loan from a bona fide lender did not count as net income.

Net Income May Come From Savings as Well

Rogers was not the last case to expand on the definition of net income in the IMDMA. In the 2006 case ln re Marriage of Lindman, the Court of Appeals for the Second District held that distributions from an IRA count as net income that affect child support payments. However, the 2008 Fourth District case In re Marriage of O’Daniel disagreed with this holding on the basis that such retirement accounts are self-funded, so the entirety of gains are not necessarily income from new gains. So far, the Illinois Supreme Court has not weighed in on the issue, though it has held that money taken from savings does not count as net income when calculating child support.

Child support hearings can be among the most contentious in family law. Many times, parents will attempt to hide assets or use dodgy reasoning to justify why they are not meeting their monthly obligations. If you are seeking child support from your ex, you need an attorney on your side who understands Illinois child support laws. To schedule a consultation, contact a compassionate DuPage County family law attorney today and learn how we can be of assistance.