A New Kind of Infidelity 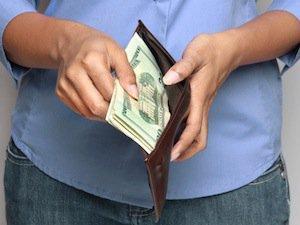 People commonly treat their finances as a personal, private matter, and not something to be discussed with others. However, that changes once they enter a marriage. Couples join their lives together during a marriage, and that includes joining their finances. They have to share bank accounts, take on debt together, and make purchases for the marriage as a unit. Not every couple does so successfully though. Instead, some spouses end up being financially unfaithful.

A recent survey by the National Endowment for Financial Education discovered that one out of every three adults who have been in a relationship with combined finances admits to lying about money. Some people even lied about such basic topics as the amount of debt they owe or the amount of income they earn. Seventy-six percent of people who responded to the survey also said that when dishonesty about money occurred, it had an effect on the relationship. It even ended in divorce in 16 percent of cases.

There are many different warning signs that a spouse may be committing financial infidelity. These include:

If spouses do want to work through the issue of financial infidelity, then communication and transparency are key to solving the problem. At its core, financial infidelity is an issue of trust. The spouse who was lied to is going to need to learn to trust the other spouse again, and that takes time and understanding. Additionally, the communication is important to help spouses work through whatever issues caused the financial infidelity in the first place. Often, such dishonesty results from the two spouses’ having different money management styles; one spouse may prefer to save their money for a rainy day, while the other may prefer to spend it when they can. This is a common problem in many marriages, and simply requires compromise and openness to work through.

If your spouse has been financially unfaithful and you would like to file for a divorce, reach out to a skilled DuPage County divorce lawyer today. Our experienced team of attorneys will help defend your rights in and out of the courtroom.