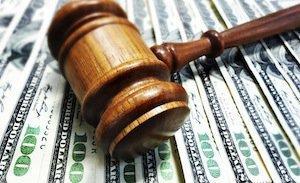 One of the key portions of any divorce proceeding is the determination of spousal support, also referred to as alimony. This is the money that one former spouse pays to the other to support them as they transition back to their single life. The current system of calculating spousal support is based on a wide array of factors, including things like both spouses' incomes and property, the spouses' needs and earning capacities, the standard of living that occurred during the marriage, and the duration of the marriage. This has led to spousal support amounts being somewhat unpredictable at times.

Now, a new bill that is currently awaiting the governor's signature plans to reform that. The bill will not remove those factors from play entirely, but it will provide more concrete guidelines for judges to follow. The bill adds a new method of calculating support terms and the amount of time that the supporting spouse will be required to pay support, which will now be based on the length of the marriage. Additionally, the bill provides more strict mathematical formulas for calculating the amount of spousal support that a person will owe.

This means that a couple who has been married for four years would have a support term of 0.8 years because the support term would be four years times the support factor of 0.20. Additionally, the law also allows judges to order permanent support for marriages that lasted more than 20 years.

The legal landscape of the divorce process is constantly shifting. To get the most up-to-date advice for your specific situation, reach out to an experienced DuPage County divorce attorney. Our skilled team can help tailor a divorce strategy to your unique needs.
PAY YOUR BILL