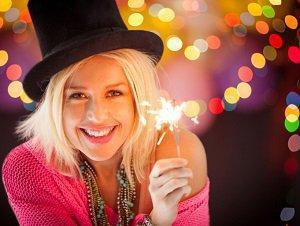 People often look at the New Year as a chance for a fresh start. This viewpoint manifests itself in many ways, from new diets to renewed job hunts, and by even affecting divorce rates. While sources disagree over the exact numbers, January and February see the most divorce filings in the United States, as people start to put their plans in motion. Interestingly, no one is quite sure exactly what causes people to hold off until the start of the year to file for divorce, but, anecdotally, it may be a combination of several factors.

One factor that people commonly mention is that New Year's often provokes self reflection. At the end of a year, people naturally look back on it to evaluate how it went and what they would improve. The same impetus that drives people to craft New Year's resolutions drives them to evaluate their relationships, and in the process many decide that divorce is the right answer.

The holidays also stand out as one of the greatest reasons for the flood of divorces at the start of the year. Some people say that they make the decision to divorce prior to the holidays, but choose to hold off in order to preserve the sense of normality through that time of year, a thought process that is especially common in families with children still at home. Alternatively, the holidays can also act as the final straw that causes a divorce. Many people experience an increase in stress during that time of year resulting from added financial pressure and other demands of the season. That extra stress can combine with the prolonged proximity to one's family to act as a catalyst for a divorce that may have been building for some time.

Additionally, several practical factors converge at the start of a year to promote divorces. The period right after the holidays tends to come with a lull in activity that can allow people to focus on what must happen for a divorce. Furthermore, the end of the year acts as a convenient fiscal delineation, so that people can mark their salaries and bonuses for the year, as well as plan for the next year's taxes. If the New Year's start has caused you to start considering divorce, contact an experienced Wheaton divorce attorney today. They can help you work through the divorce process to ensure that it runs as smoothly as possible.
PAY YOUR BILL