Why Are Older Couples Getting Divorced More Often? 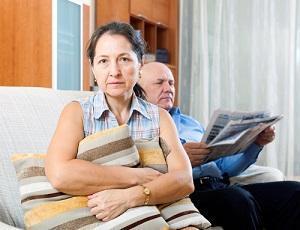 While the divorce rate seems to be leveling out for most age groups—and possibly dropping for some demographics--there is one in particular in which divorce is more common than ever. Depending upon your perspective, it may come as a surprise to learn that the divorce rate among people age 50 and older today is twice what it was a quarter-century ago. For the 65 and older age group, the rate of divorce has more than doubled. During the same period, the divorce rate for virtually every other age group has remained the same or has fallen. So what is causing the increase in older divorce, or, as some call it, gray divorce? While the explanation is probably not to be found in just a single factor, there are a number of things that may be playing a role.

Not the First Time

One of the contributing factors to increase in gray divorce is the idea that second marriages among all age groups fail at a much higher rate than first marriages, and third or subsequent marriages even more so. Just based on pure probability, and with remarriage rates at record-highs, more and more older Americans are in the midst of a second or third marriages, making them at least two and a half times more likely to experience a divorce.

Being Happy for the Long Haul

The current life expectancy for a person born in the United States is around 80 years, depending on the methodology used. This means that when someone reaches age 50, he or she still has an average of about 30 years of life ahead. According to Professor Pepper Schwartz of the University of Washington in Seattle, “A lot of marriages are not horrible, but they’re no longer satisfying or loving. They may not be ugly, but your say, ‘Do I really want 30 more years of this?’” With divorce no longer carrying the social stigma once associated with it, more couples are willing to take the risk to put the shine back on their golden years, so to speak.

Dr. Schwartz also points out that women tend to have higher expectations regarding emotional happiness and satisfaction. That, along with the changing social status of women in general, have led more women to refuse to settle for unsatisfying marriages, especially in their later years. The AARP reports that six out ten divorces over age 40 are initiated by women.

Divorce at any age can certainly be challenging, but gray divorce can often present unique concerns related to retirement benefits, estate planning, and more. If you are considering a divorce, contact an experienced DuPage County family law attorney for assistance. At Andrew Cores Family Law Group, we are committed to helping Illinois families find the happiness they deserve at every stage of life.