Parental Relocation, Past and Present 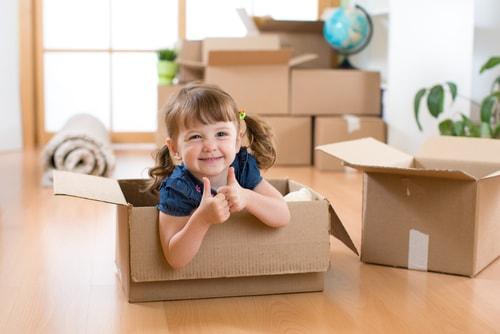 After a divorce, many families decide to start fresh in other locations. However, if both spouses are still in the picture, there are rules governing where the custodial parent may move and the parenting time to which to the other parent is entitled. The state has a strong interest in children being able to see both their parents, and the laws surrounding relocation are designed to reflect this.

Prior to 2016, the Illinois Marriage and Dissolution of Marriage Act (IMDMA) was fairly straightforward when discussing the matter of familial relocation. It allowed a relocation if it could be shown to be in the best interests of the child, not just those of the parent. Factors like feasibility of visitation for the noncustodial parent, the motives of the custodial parent, and the child’s overall quality of life had to be considered before a relocation was allowed.

If the custodial parent wanted to move the child far away while remaining in Illinois, however, this was generally permissible. The only caveat is that such a move might mean the noncustodial parent would be entitled to modify their visitation agreement. For example, if a mother and child move to Carbondale, while the father lives in Wheaton, the father might be entitled to less frequent visitation, but when his visits occurred, they might have lasted longer.

The rules for relocating one’s family after divorce fundamentally changed on January 1, 2016. Illinois Senate Bill 57 was passed in late 2015 and made sweeping changes to both divorce and child custody laws. Among the most important change in terms of child custody was that visitation is now referred to as “parenting time,” and that relocation considerations are now based on distance rather than state borders.

The law states that parents with residential custody living in the Chicagoland area (that is, Cook, DuPage, Kane, Lake, McHenry and Will counties) may move up to 25 miles away without requiring leave of the court, while parents with residential custody in all other Illinois counties may move up to 50 miles without requiring permission. This approach more closely aligns with the realities of parenting in today’s society, as well as with laws in other states. Moving a child a great distance away is much more likely to be difficult than moving a child a handful of miles across a state border, and to amend the law in this fashion looks to make such matters easier on everyone involved.

A Child Custody Attorney Can Answer Your Questions

Obtaining a divorce is always a time-consuming process and is often complex. Enlisting the support of a knowledgeable legal professional can make a huge difference. Contact an experienced DuPage County family law attorney to discuss your case today. Call 630-871-1002 for a free consultation.