Parental Rights: Who Gets to Determine My Child’s Religion? 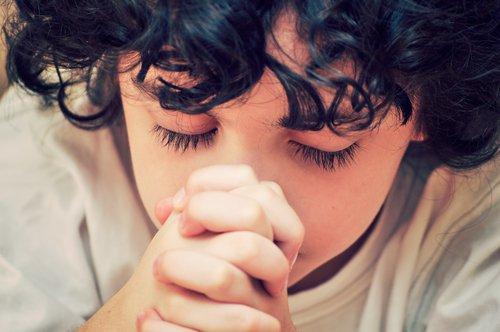 Marriages in which the spouses come from different faith traditions are now more common than ever. When such a couple first marries, religious-themed conflicts are often low because either the couple does not place a high priority on observing their families’ religious practices or the couple is eager to learn about their spouse’s religious heritage. In the latter case, this may lead to one spouse adopting the faith and religious practices of his or her spouse. When that same couple divorces, however, any differences that exist between the spouses’ differing religious beliefs and practices can become more prominent, especially when that couple had a child. It would be common for the divorcing parents to fight vehemently for the right to determine the religious upbringing of the child and to keep the child from exposure to the other parent’s faith traditions. How does a court decide which parent gets to determine a child’s faith?

The Standard: The Best Interest of the Child

Courts rarely (if ever) prevent parents outright from exposing their child to one philosophy or religion – or from keeping their child away from all religious groups altogether. When the parents are in agreement as to which religious faith child should be raised in (or if the child should be raised without exposure to any religious philosophy), then courts will generally honor that agreement and allow the divorced parents to cooperatively raise their child in accordance with that agreement. If there is no agreement, the court must make a decision based on what it believes to be the best interest of the child.

Under existing Illinois law, parents who share legal custody jointly are both entitled to participate in decisions regarding the child’s upbringing and well being, including providing input as to what religious philosophy (if any) the child will be exposed to. This old way of handling these delicate and sensitive matters led to many court battles between parents, both of whom honestly believed that the religious and/or philosophical views to which they were attempting to expose their child or keep their child from were in the child’s best interest.

Beginning in January 2016, Illinois courts can now “assign” one parent the responsibility of determining what religious practices to which the child will be exposed. This is due to a radical change in Illinois’ child custody laws, a change that breaks down legal custody into various parental responsibilities that the court may assign to one parent or both parents. A parent who is not assigned the parental responsibility of determining the child’s religious upbringing may still provide input into the matter: however, the other parent would have the final say in the matter.

What If I Don't Agree with How the Other Parent Is Raising Our Child?