Is There a Peak Season for Divorce? 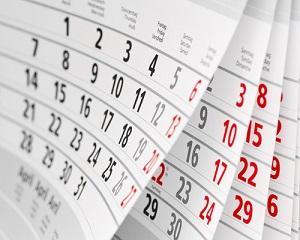 Retailers often consider the holiday season–late November through the end of December–as their peak season. But once Christmas and New Year&#039;s end, does that signal the start of peak divorce season? A recent study published by a major university suggests it just might.

Last August, sociologists at the University of Washington presented the findings of a comprehensive survey of 14 years worth of divorce data from Washington State. Specifically, the researchers examined divorce filings from 37 of Washington&#039;s 39 counties during the period from 2001 to 2015. What they found was there were consistently two “peaks” in divorce filings each year: one in March and the second in August.

University of Washington Professor Julie Brines, who led the study, attributed the March and August spikes to the “domestic ritual” calendar surrounding family holidays. In other words, couples tend to wait until after summer vacation and the Christmas season to file for divorce. Brines noted holidays are “emotionally charged and stressful for many couples and can expose fissured in a marriage.” In particular, if holidays “don&#039;t live up to expectations,” unhappy couples may be more motivated to seek divorce.

Brines suggested the reason divorce filings peak in March–a couple months after the holidays end–is that “couples need time to get finances in order, find an attorney or simply summon the courage to file for divorce.” As for the August peak, Brines said the start of a new school year might “hasten the timing” for divorce filings among parents with young children.

Regardless of when you file for divorce, it is important not to rush into the process based solely on emotion. Even under the most amicable circumstances, divorce is a complex legal and financial process. You need to carefully consider a number of factors, including your children, your assets, and your ongoing living situation.

For many struggling couples, the last thing they need is a long, drawn-out court battle. There are in fact alternatives to traditional divorce litigation. Illinois recognizes several types of alternative dispute resolution, including mediation, and collaborative law.

Mediation involves working with a trained mediator, a neutral third party who assists the couple in resolving issues such as child custody and spousal support. Collaborative law, by comparison, means each spouse hires their own attorney, but the parties still work together in a more informal, out-of-court process to negotiate a resolution to any outstanding issues.

If you are interested in pursuing either of these options, our experienced DuPage County family law attorneys can help. Contact our offices today to schedule a free consultation.