Peremptory Substitution: Can I Get a New Judge in My Divorce Case? - Part I 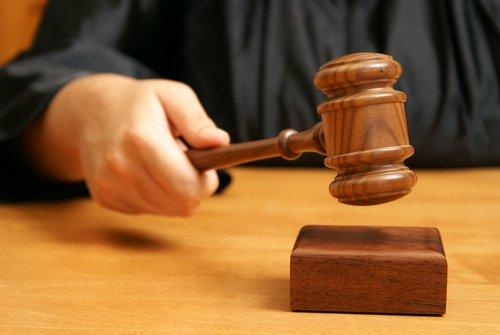 Sometimes it appears as if one party in a divorce case just cannot seem to get anything to go his or her way. Although a court cannot choose to favor one side of a divorce action over another simply because one side is represented by counsel and the other party is proceeding pro se, it does appear that pro se divorce litigants have a more difficult time having motions and requests approved by the court.

This situation may lead the party against whom the court is constantly ruling to conclude that there is only one logical explanation as to why he or she just cannot seem to get the court to rule in his or her favor on any matter: the judge must hate him or her. If you feel as if a judge is biased or prejudiced against you, is it possible to get a new judge appointed to your case? The answer is “yes,” but it does take some work on your part.

How Judges Are Appointed to Hear a Case

In DuPage County, judges assigned to the Eighteenth Judicial Circuit’s Domestic Relations Division hear all family law cases, including divorces. In this division, there are two circuit judges and a number of associate judges who are responsible for hearing all cases involving domestic relations issues. Which judge your case is assigned to is supposed to be random: in other words, a judge is not usually able to view a new petition for divorce and decide whether to accept that case.

Once a case has been assigned to a judge, that judge is able to recuse him- or herself ( meaning the judge can refuse to hear the case and have the case assigned to another judge in the division at random). A judge is under an obligation to recuse him- or herself from any case in which the judge believes he or she cannot be fair and impartial to one side or the other.

In Illinois, each party has an opportunity to request one change of judge without cause – that is, without having to show reason why the judge should be excused. Thus, in the typical divorce case both the petitioner and the respondent would each be able to ask the currently-assigned judge to recuse him- or herself from the case and have a new judge appointed. There is a catch, however: the request for substitution of the judge must be made in a “timely” manner and before the judge has had an opportunity to rule on any substantive issues in the case. You are not permitted to substitute a judge without cause in a case after having “tested the waters” and seen how a judge will rule on your motions and arguments.

In part two of this series, we will explore what options you have if a judge has already made substantive rulings in your divorce case but appears to be biased against you. Contact our skilled DuPage County divorce attorneys for experienced help if you have questions or concerns regarding your divorce case.