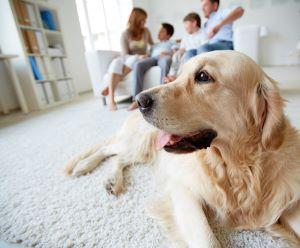 For many couples, pets become a part of their family. In fact, couples who do not have kids often treat their pets more like children, caring for them and their best interests as if they were the couple’s own offspring. As a result of this growing trend, the legal system has recently needed to adapt, and when it comes to divorce, pet custody has become a much more complicated issue.

It is true: pets are becoming more and more a part of our families. Your cat might rub its head against you out of warm affection, or your dog might try to comfort you with a lick on the face when you are upset. It is easy to see why pets are viewed as sentient beings like children as opposed to property. Statistics show that this trend is likely to continue:

For years, pets have been viewed as property by the legal system. This means that during the divorce process, when the judge, the lawyers, and the spouses would consider who should get the pets, they would make such a determination in much the same way that they would decide on who gets a car or a couch. However, due to the recent trends in pet ownership, new legislation has passed that moves the legal system more toward viewing pets as what they are: living, breathing beings who many argue deserve many of the same rights as people. In particular, the following legal decisions have been made recently:

If you are considering a divorce, and you are wondering what will happen with your pet, contact a Wheaton divorce attorney at 630-871-1002 for a free consultation. Andrew Cores Family Law Group will guide you through the process and help you ensure that the well-being and best interests of your pets are taken into consideration every step of the way.