Can I Seek Pet Visitation in an Illinois Divorce?

Posted on Thursday, 29 December 2016 in Divorce 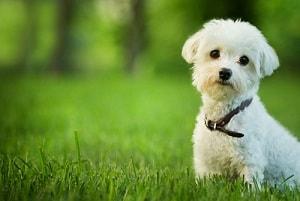 It is not unusual for spouses to argue about child visitation rights as part of a divorce settlement. But what about pets? After all, many couples consider their dogs, cats, and other animals to be “members of the family.” It stands to reason, then, that custody of pets, including visitation rights, could be a matter for a divorce court to resolve.

Canadian Judge Says Dogs Are the Not the Same as Children

Unfortunately for animal lovers, that is not how the law works in most places. A judge in the Canadian province of Saskatchewan was recently asked to award custody of two dogs in a contested divorce. The husband offered to split custody—each spouse would take one—but the wife wanted to keep both.

Before the Court of Queen&#039;s Bench, Saskatchewan&#039;s trial court, the wife proposed what the judge described as “an interim custody” order granting the husband limited visitation rights with the dogs. The wife effectively wanted the judge to treat the dogs as if they were children. The judge said this idea “holds absolutely no attraction for me.” Noting that dogs are “wonderful creatures,” when “all is said and done, a dog is a dog.” Under Saskatchewan law, dogs are property, no different in legal status than, say, furniture. The fact that the parties in this case, who did not have children, had “lavished their natural love and affection on these pets” did not convert the dogs into the legal equivalent of human children.

Illinois Judges Do Not Want to Settle “Pet Visitation” Claims

The law in Illinois is similar to that of Saskatchewan. In fact, in a 2015 case the Illinois First District Appellate Court was asked to deal with a situation like the case described above. A husband asked for court-ordered visitation with the couple&#039;s dogs, who lived with the wife because his apartment complex did not allow pets.

The First District, noting that no Illinois court had previously addressed this issue, said there was no legal authority supporting the idea that courts could order “pet visitation” in a divorce proceeding. The court cited a decision from a New York divorce court that said allowing such claims “would only serve as an invitation for endless post-divorce litigation. (Indeed, the Saskatchewan judge made the same point, noting litigating the custody of pets was "wasteful” of “scarce judicial resources.”)

Mediation May Offer a Better Way

The fact that Illinois courts do not wish to involve themselves in “pet custody” matters underscores the importance of alternative forms of dispute resolution. A qualified mediator can assist divorcing couples in settling a wide variety of issues–including custody and visitation rights with pets–without the need for expensive and time-consuming litigation. If you need to speak with an experienced DuPage County mediation attorney, contact our offices today.