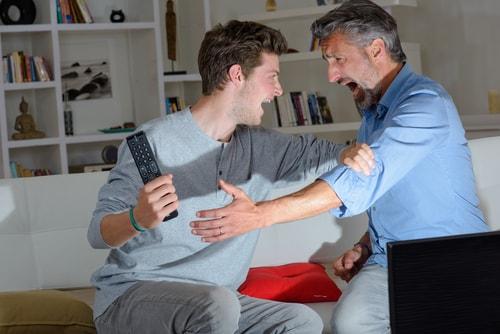 Domestic violence occurs when a person physically, emotionally, or sexually abuses their romantic partner or another member of his or her family or household. Such violence, which is also called domestic abuse, can happen to anyone. Men and women alike can be victims of it. People of all races, cultures, income levels, sexual orientation, and age can be affected by domestic abuse.

At the heart of domestic violence is the abuser’s need to control their victim. Often, they use destructive and cruel behaviors to maintain power and control over their significant other or spouse. A perpetrator of domestic abuse may:

These are only a few of the tactics that abusers use to hurt their partners. If your romantic partner or spouse is doing anything to you that makes you feel afraid, threatened, or unsafe, please do not hesitate to reach out for help.

Former presidential candidate Sarah Palin has been in the news recently after her son Track was arrested on charges related to domestic violence. He and his father were arguing over a truck when Track allegedly attacked him. The father sustained injuries to his head and face. Track was arrested by police and charged with first-degree burglary, fourth-degree assault and fourth-degree criminal mischief.

This is not the first time Track Palin has been in hot water for domestic violence. In 2016, he was arrested due to another violent altercation – this time with a woman. According to a spokesman for the Wasilla police department, the 2016 incident resulted in Palin being charged with assault, interfering with a report of domestic violence, and possession of a weapon while intoxicated.

If you are currently in an abusive relationship, do not hesitate to seek safety. This may include removing yourself from the abuser’s home and filing for an emergency order of protection. No one deserves to be in a violent or abusive relationship. If you are ready to take the step of divorcing your abusive spouse, the attorneys at Andrew Cores Family Law Group are here for you. For compassionate legal guidance, contact a skilled DuPage County family law attorney. Call 630-871-1002 for a free, confidential consultation at any one of our three convenient locations today.