Pre-Pups: A New Trend in Divorce

Posted on Wednesday, 24 September 2014 in Divorce 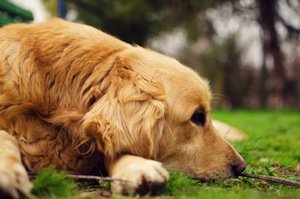 There is a new trend in family law aimed at protecting people's relationships with their pets. Prenuptial agreements related to pet custody are now being referred to by some as "pre-pups." These new agreements stem from a variety of factors. First, many are choosing to marry and start a family later in life. As a result, couples are embracing a joint pet as a stepping stone along that path.

However, according to a CBS report, this new trend is causing pet owners, overwhelmingly dog people, to try and protect their relationship with their pets once the relationship with their significant other ends. Second, the law treats pets as personal property for the most part. This means that shared custody and visitation—ideas that were developed for children—do not have legal relevance to pets. Hence, people need to make private agreements to mimic those ideas.

How the Law Views Pets

One of the driving forces behind these new agreements stems from the way the law regards pets. The law in relation to animals was developed during a time when animals were more tools than companions, and they worked on farms, lived as livestock, or were used for hunting. This meant that the value of the animals was more practical. Courts developed doctrines that considered animals, whether pets or otherwise, as ordinary personal property. Consequently, for purposes of divorce, deciding who received the family dog became an issue of property division rather than an issue similar to custody dispute over children.

However, there is some evidence that this legal view of pets is changing. The prevalence of disputes over family pets has led some jurisdictions outside Illinois to begin treating the issue of pet custody like child custody, and thus look to the spouse who will take better care of the pet. Additionally, Illinois is one of the few states that allows for pets to benefit from the protection of restraining orders, therefore signifying the special place companion pets hold in people's lives.

Pre-pups allow couples to determine what happens to their beloved pets in the event their relationship does not work out. While they can simply be used to determine which partner receives custody of the pet, they can also be more sophisticated. Some couples choose to use them as a way to mimic more complex custody arrangements like those that exist for children. These can include things like joint custody, visitation rights, and even support obligations for the couple's pet.

If you are currently considering purchasing a pet with a spouse or significant other, contact a DuPage County family law attorney. Our firm can help you arrange for an agreement to help handle the logistics of owning a pet in the event the relationship ends.