What Happens if a Prenuptial Agreement is Invalid?

Posted on Wednesday, 14 February 2018 in Prenuptial Agreement in Illinois 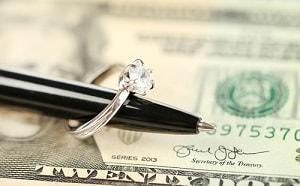 One of The Spouses Was Coerced Or Pressured

Prenuptial agreements or premarital agreements must be agreed upon by both of the individuals signing the agreement. Legal documents signed under undue influence cannot be considered binding. If one of the spouses is forced or tricked into signing the agreement, it may be considered invalid. Furthermore, if one of the spouses was not of sound mind due to illness or for other reasons when he or she signed the document, it can be thrown out. It is important to note that coercion or duress can be difficult to prove and that states have different standards for what it means to have been coerced into an agreement.

The Documents Were Not Properly Executed

In order to be enforceable, prenuptial agreements must be written down and signed by both parties. The signatures must also be notarized. Ideally, both spouses would have legal representation before signing any legal agreement, and in some states, this is required. Prenuptial agreements can also be considered invalid if they include imbalanced or ridiculous provisions. For example, an agreement which awards a huge majority of marital property to one person and leaves the other with nothing will probably not stand up in court.

Legal Aide You Can Trust

To ensure that your prenuptial agreement is enforceable and legally binding, contact an experienced Wheaton family law attorney for guidance. Call 630-871-1002 to set up your confidential consultation at Andrew Cores Family Law Group today.