Relocating With Your Child After Divorce 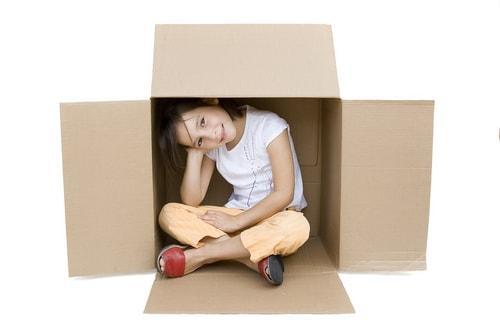 It is not uncommon after a divorce that one or both spouses express a desire to relocate, whether their intent is to change jobs, to get a fresh start, or for some other reason. However, if there are children involved in the marriage and divorce, it is incumbent upon all involved to have a discussion about where one is able to relocate and still have contact with their children, presuming contact is still a desired goal. Illinois law regarding relocation was amended at the beginning of last year, so some well-meaning parents may not even be aware that restrictions are now different. Still, the consequences can be significant for those who do not follow the law.

The first thing to be aware of when discussing relocation ability is that notice must be provided to the other parent in writing, and it must be at least 60 days before the planned relocation if possible. If not, “as soon as practicable” will generally suffice. You must provide your new address and moving date (if known), as well as a rough approximation of how long the relocation will last if it is intended to be temporary. For example, a military servicemember may seek to relocate with his or her children for the duration of their assignment at a specific base or posting.

At this point, the non-moving parent may simply sign the notice and return it, signifying consent to the move, or he or she may contest it. If the intent to relocate with the child or children is contested, that is where the court steps in. It is essentially the court’s job to work out either an acceptable adjustment to the parties’ parenting plan or to determine that the relocating party’s proposal is not in the child’s best interest and deny the request totally. It is important to note that a court cannot generally prevent a parent from relocating, but it can prevent a parent doing so with his or her children.

The Best Interests of the Child

As with so many other issues surrounding divorce and family law, the question of whether a parent may relocate with their child is going to be decided by what the court holds will be in the child’s best interests. Any factor in this vein is likely to be considered, including the stated reasons for the relocation, the relationship the child has with both parents (or lack thereof), and whether the parents would be able to facilitate a relationship between the child and the parent who did not move.

One detail is important to keep in mind, however. Under the modified law, permission to relocate must only be sought in certain situations. Previously, one could move anywhere in the state without needing permission; now, the scope is limited by geographical area rather than a political boundary. The Uniform Child Custody Jurisdiction &amp;amp; Enforcement Act (UCCJEA) even holds, for example, that if a child moves 25 miles or less away from their previous residence, even if out of state, Illinois is still considered their home state for custody purposes.

Need Help With a Petition For Relocation?

It is understandable for a divorced person to want a fresh start elsewhere. However, unless you have sole custody, you cannot simply move elsewhere with your child or children. To more fully understand your rights and responsibilities with regard to relocation, it is generally a good idea to consult an attorney before filing anything. Our dedicated DuPage County parenting time attorneys are happy to assist you. Call our office today to set up an appointment.