More and more divorcees find themselves moving across state lines. Often times they want to move to make a fresh start, and many need to find new jobs to support themselves, which can send to locations across the country. With children in the picture though, the situation becomes more complicated, with the relocation implicating issues of child custody and the other parent's visitation rights. Courts often hope for children to have a relationship with both of their parents, regardless of who has custody, so Illinois law requires a judge to approve moves across state lines. 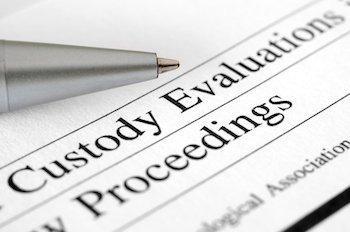 The Factors Involved Courts understand that sometimes parents need to move, and that those moves can be in the child's best interest. Consequently, courts devised a set of factors to which they look in order to decide whether to approve a relocation. The court will examine the child's needs, where the child's needs can best be met, whether the child's situation can be improved by the move, and whether there is an important reason motivating the move. While each person's situation is unique, some important reasons for which the court may approve a move include a danger to the child, a severe medical issue that requires relocation for treatment, or a new job for the custodial parent. The law also specifically mentions the concept of electronic communication, methods like Skype or other teleconference software that would allow face to face meetings at a distance. While Illinois does recognize the benefit of virtual visitation in general, and permits courts to use it to supplement in person visitation in some circumstances, the law specifically forbids courts from considering it as a factor in favor of allowing out of state relocations.  Moving within the State Unlike moving out of state, the law does not regulate moving within Illinois. But, there may still be restrictions on those moves as well. Some custody agreements limit the distance that a former spouse can move a child. That restriction is binding and courts will enforce it. Additionally, courts will review the other parent's visitation schedule prior to the move and they may adjust a it if they believe the move will seriously affect it. If you or your ex-spouse is planning on relocating with your children, contact a DuPage County child custody lawyer today. They can help advise you on what rights you have in your unique situation.
PAY YOUR BILL