The Right of First Refusal Can Increase Parenting Time 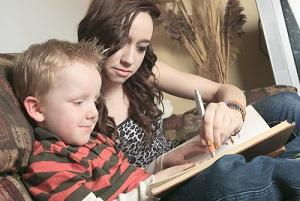 As one might expect, the allocation of parental responsibilities—the new name for “child custody” in Illinois—is the most hotly contested topic in many divorces. In recent years, changes have been to the laws regarding such proceedings that were aimed at giving divorced parents more time with their children, if they are in a position to take it. The amended laws created what is referred to as the right of first refusal, and there are some common misconceptions, but is generally seen as a help to most parents.

The right of first refusal may be included in a divorce decree itself, or it may be part of a parenting agreement worked out between the parties on their own. The right does not have to be granted to either parent, or it may be granted to both parents if the circumstances are appropriate. A court will take several factors into account when deciding whether or not to grant such a right, including:

If granted, the way the right is usually exercised is that one parent will become aware that they must be away or otherwise require child care at a time when they normally would have parenting time. Previously, they could simply call a child care provider, family friend, or another babysitter. If the right of first refusal has been granted to the other parent, the one needing child care must make the offer to the other parent to spend that time with the children before contacting anyone else. Failure to do so can carry penalties, as would disobeying any court order, if the court finds out that the offer was not extended. Such consequences are even more likely if it was done deliberately out of a desire to deprive the other parent of additional parenting time.

Be advised that the other parent will not be penalized or otherwise judged if he or she declines the offer. The law mandates that if the right has been granted, the offer must be made, but it does not necessarily have to be accepted.

In most cases, it does make sense that the parent with less parenting time should have the right of first refusal in cases where child care is necessary. If, however, you require advice about this law, it is best to contact an experienced Wheaton family law attorney. Call 630-871-1002 for a free consultation at any of our three convenient office locations today.