Protecting the Rights of Non-Marital Children 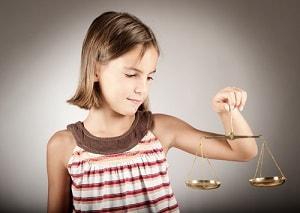 The most recent data available from the Centers for Disease Control and Prevention (CDC) show that approximately 40 percent of all births in the United States in a given year are to unmarried women. While this was formerly a cause for shame or concern, in this day and age, there is often much less stigma, but children out of wedlock do sometimes require additional considerations to ensure their rights are protected. If you are the parent of a child born outside of marriage, it is important to be aware that there may be extra steps you need to take to protect your child legally.

Many of the major disputes over the rights of children occur when custody or parental responsibilities are in question. With marital children, custody arrangements are fairly straightforward, given that Illinois law grants visitation (parenting time) to both parents unless it would endanger the physical, moral, or emotional health of the child. With non-marital children, there are other considerations—namely, the issue of paternity.

A father’s name must appear on a child’s birth certificate for him to have potential parental rights with that child. There are three ways that a man can be established as the legal father of a child, and thus have his name on their birth certificate. The first is by being married to the child’s mother either at the time of conception, delivery or both (many other states do not have this rule, but it is still law in Illinois). The second is by both parents completing and submitting a Voluntary Acknowledgment of Paternity (VAP), which is usually done at the hospital, but can be done later. The third way is for a court or administrative entity to issue an Order of Parentage. If a putative father has done none of these things, he has no legal right to visitation. Illinois courts tend to rule in accordance with the belief that children do best with both parents in their lives, but only if both parents have established such a legal relationship.

The other occasion that can trigger additional difficulties with non-marital children is adoption and/or relocation—that is, moving to another city or state. The father has legal rights regarding their child that may not be abrogated without due diligence on the part of the mother or without grounds to allege his unfitness as a parent. For example, it is not uncommon for a stepparent to adopt non-marital children upon marrying the child’s mother, but if the legal father is still in the child’s life, he has the right to contest the adoption. Relocation is an issue in itself, though it may also be a factor that has to be taken into account when examining an adoption.

Custody cases can become complex, especially when paternity issues come along with them. Experienced representation can make a huge difference. The skilled DuPage County family law attorneys at the Andrew Cores Family Law, and we will do our best to minimize difficulties and work out a compromise that is in the best interest of your entire family. Contact our offices today to set up a free initial consultation.