What Are My Rights As An Unmarried Father? 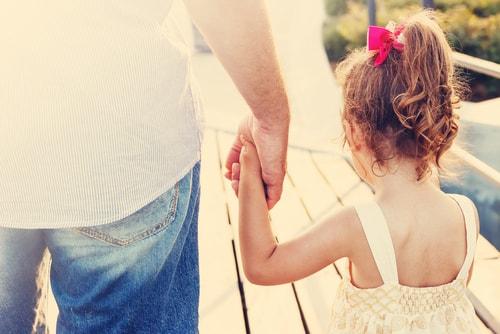 In this day and age, the marriage rate has dropped to a fraction of what it once was in our parents and grandparents’ day, but this does not mean that people are not in family relationships. Many couples have simply chosen not to marry legally, for a variety of different reasons, but they still share assets, and they still, at least in theory, share responsibility for any children they may have. Some parents, especially fathers, find themselves shut out of their children’s lives, but these fathers do have rights. It is up to them to try and obtain custody or visitation or to adjust support payments if they can prove the need.

The Right to Assert Paternity

In Illinois, when a child is born in a hospital or birthing center to unmarried parents, the parents will be given what is referred to as a Voluntary Acknowledgment of Paternity (VAP) form. One of the most common and most costly errors that many unmarried fathers make is in thinking that once they execute a VAP, they have visitation or custody rights. This may be the case in other states, but in Illinois, no such rights exist until a court order is entered that establishes them directly.

Sometimes, mothers attempt to block their children’s fathers from even attempting to establish paternity, for a myriad of reasons. Sometimes they may legitimately fear abuse; other times their motivations may be selfish. Either way, the putative father has the right to initiate a paternity test, regardless of whether the child’s mother wants him to or not. Once a court order is entered which attests to the father’s legal paternity, he has standing to seek custody or parenting time.

Custody Awards Can Be Problematic

Even once paternity is established, there may be issues. While the proverbial jury is out on whether there is actual malice or bias against most fathers when they try to gain custody of their children, it is nonetheless true that in most cases where sole custody is granted, it goes to the mother. The most recent available data shows approximately a 3-1 ratio in terms of custody grants to mothers versus fathers. However, this may not be the indictment that many believe it to be. Studies have shown that many people prefer equal parenting time, and very often, will arrive at that option themselves without having to involve the court. The appearance or rumor of bias in favor of mothers, even if unsubstantiated, has also been shown to discourage some fathers from even trying to obtain custody. Thus, custody is granted to the mother, and the rates reflect this. In many such cases, however, it is the father who takes himself out of the custody fight.

In a minority of cases, a mother may resort to lies or false accusations in order to get full custody of a child or children - and many do this because they are aware that perceived bias will likely work in their favor. At the very least, a father may be denied time with his children while an investigation is conducted, especially if physical or sexual abuse is alleged. In this type of situation, even if the father is cleared of suspicion, he may never entirely repair the relationships with his children.

For a new father, the sudden maze of legalities can be extremely overwhelming. If you need help seeking paternity or asserting your rights as a father, a knowledgeable attorney can help. Our dedicated DuPage County fathers’ rights lawyers are available to sit down with you and try to suggest your next step. Contact us today to set up an initial appointment.