The Role of a Guardian ad Litem 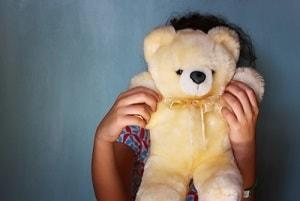 In most cases, parents are able to keep the best interests of their children at heart. However, in the situations where parents may struggle to do, children still need someone who will put them first. Nowhere is this more important than during court proceedings. A guardian ad litem can speak up for a child or children’s interest, independent of parental pressure, and work toward the goal of giving the child the best life possible.

What a Guardian ad Litem Is and Is Not

Colloquially, the term “guardian ad litem” (GAL) is often used to describe people and positions that do not actually fit the definition. Some believe that a GAL is a sort of attorney-at-large, answerable to all parties and the court. Others think a GAL is only necessary if the possibility of someone losing their parental rights is a possibility. It is perhaps understandable that they are not well known, given GALs are used most often during child custody proceedings, but one must understand what a GAL actually does—considering that his or her role will involve your children.

The job of a guardian ad litem, in reality, is to investigate the case and compile a report that will be used by the judge as a recommendation of the child’s best interest and to make recommendations for the child’s future. The exact duties of this position might vary slightly between counties and states, but in Illinois, the GAL answers only to the judge and is only concerned with the child’s best interest. He or she may be called as a witness and may be subject to cross-examination regarding the submitted report.

When Your Child May Need a Guardian Ad Litem

While GALs generally are appointed in cases where child custody or parenting time is an issue, they may also play a role in cases where abuse is suspected or alleged. Because they are not beholden to either parent in such a matter, their testimony or report can be extremely significant in terms of determining where the child will live. Any matter which concerns the welfare of a child may prompt the appointment of a GAL, and it is the court’s discretion on whether or not to do so. Either party to the case may also file a motion requesting a GAL, as well

The GAL’s availability as a witness, unlike a child representative, can also help give children a voice in the divorce process without unduly traumatizing them. Children who can communicate are often placed in awkward positions by divorce or custody hearings, and they may feel pressured or influenced by one or both parents. If a GAL is involved in the case, your children can communicate any relevant information to him or her instead of being put through the fear and trauma of testifying in court.

Take Steps to Protect Your Chil?

Any kind of court proceeding can be frightening and intimidating for you, and will likely be even scarier for your children. If you are in the position where a guardian ad litem will be needed in your case, we may be able to assist. Contact our dedicated DuPage County child custody attorneys today to set up an appointment.