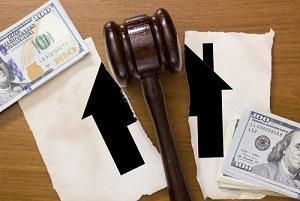 When it comes to divorce, Illinois law defines marital property as any assets or debts that either spouse acquired during the marriage. Assets the spouse owned prior to marriage are generally considered separate, non-marital property. However, it is possible for separate property to be reclassified as marital property through a legal doctrine known as “transmutation.”

What does transmutation involve exactly? Here&#039;s an illustration from a recent Illinois divorce case. A could divorced after 28 years of marriage. The couple owned a home that they purchased in 1999. The husband made a $20,000 down payment for the house, which represented the proceeds from the sale of various items personal property that he owned prior to his marriage.

The husband also had a retirement account. A few days before separating from his wife, the husband deposited $14,200 into this account. He said the money represented the proceeds from the sale of various firearms previously owned by his mother and given to him as a gift.

The Illinois Fourth District Appellate Court upheld the judge&#039;s decision. With respect to the $14,200 in the retirement account, the husband simply failed to present “clear and convincing evidence” this was non-marital property. The judge was therefore entitled to treat it as marital property.

As for the $20,000 down payment on the house, here the Appellate Court said transmutation came into play. Even taking at face value the husband&#039;s claim the money was non-marital property, by co-mingling it with marital property, it effectively became a “gift” to the marriage. The burden of proof was then on the husband to demonstrate he never intended such transmutation of his property to occur.

The Appellate Court explained that the husband and wife purchased a home 12 years into their marriage. They co-owned the property in a joint tenancy. The balance of the purchase price, aside from the down payment, was financed with a mortgage in both of their names. All of this created a strong presumption that the down payment was a contribution to the acquisition of marital property.

The wife was not required to offer any further proof on this issue. Rather, it was up to the husband to overcome the presumption. He failed to do so, and, therefore, the entire value of the home was treated as marital property.

Cases involving the possible transmutation of marital property can become extremely complex and, often, contentious. In a divorce, you should never take anything for granted. Even if you believe certain property does not belong to the marriage, the law may see things differently. This is why you need to work with a qualified DuPage County family law attorney who can help protect your interests. Call 630-871-1002 for a free consultation at one of our three convenient locations today.