The results of a new study indicate that divorce just may be contagious; when you&#039;re around divorcing couples, you&#039;re more likely to do the same.

The study, conducted by researchers from Brown University, Harvard University and University of California in San Diego, concluded that having a close friend or relative who is divorced can increase the chancefor a person’s own marriage breakup by 75 percent. The study also found that even knowing acquaintances that are divorced raises the risk of breakup by 33 percent. 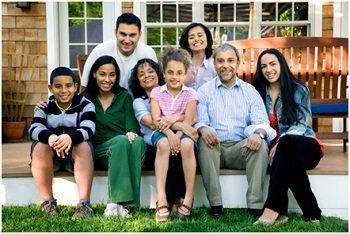 The study was headed by Dr. Rose McDermott, a professor of political science at Brown University. According to McDermott, divorce is what she calls a “social contagion” – the news of someone’s divorce spreads quickly among family, friends, work colleagues and other social networks people have.

Brown and her team analyzed 30 years of marriage and divorce data collected from residents living in the town of Framingham, Massachusetts. Framingham, a suburb about 20 miles from Boston, has a population of approximately 70,000 people. The data collection began in 1948, from 5,209 women and men who were between the ages of 30 and 62 years old.

The participants were interviewed and had physical exams and lab tests every two years. In 1971, 5100 adult children of the first group were brought into the study. They were interviewed every four years. Because of the size of the town and the volume of people participating , there was a lot of social networking present. Most of the study subjects knew at least ten other people who were participating in the study, giving researchers real insight into how behaviors are affected by family and friends.

Other results concluded by researchers include:

If you’re going through a divorce, not only is strong support from family and friends important, but having a knowledgeable lawyer is key. Contact an experienced DuPage County family law attorney today.