How Social Media Can Affect Your Divorce Case 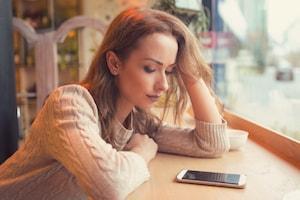 In the United States, social media usage is continuing to rise across all age groups, according to the Pew Research Center. The typical American uses at least three of the following social media platforms: YouTube, Facebook, LinkedIn, Twitter, Instagram, WhatsApp, Pinterest, and Snapchat. As virtually any lawyer will warn a client, it is best to stay away from social media during legal proceedings. This is particularly true for those going through a divorce or a child custody dispute.

Online Posts Can Be Used Against You

During the divorce process, social media can be used to uncover evidence that may be used against either party. For example, a father’s lack of judgment may be shown by an Instagram picture of him driving with an open can of beer in the car, or a wife’s extravagant vacation spending may be gleaned from a Facebook post. The former could be used to argue that the father should have limited parental responsibilities or parenting time, while the latter could be used to refute the wife’s argument that she does not have the means to pay spousal support.

Regardless of whether you are still living with your spouse or the two of you are no longer under one roof, you will likely want to reduce your social media presence during your divorce proceedings. In some cases, a social media post, comment, or picture may not be representative of your true character, or it may be taken out of context. This type of evidence can put you in a bad light, and it may be a factor considered by a judge when making a decision that is not in your favor.

One of the most common ways social media can become involved in a dispute over child custody occurs when one parent makes disparaging remarks online about the other. If the couple’s son or daughter sees a negative comment on social media, he or she might tell one parent what the other parent said. After all, 92 percent of parents on Facebook are ‘friends’ with their children, and Facebook remains the primary social media platform for most Americans.

In this type of situation, one parent’s behavior on social media may be shown to directly affect their children, and the other spouse’s attorney may be able to claim that these actions are evidence of poor parenting characteristics. While accusations of “poor character” will not usually affect decisions about issues such as asset division or spousal support, they can have an impact on matters related to children, since the decisions made by a judge will be based on what is believed to be in the child’s best interests. To avoid any negative impact to your relationship with your children, it is best to follow the old adage of “If you can’t say anything nice, don’t say anything at all” when using social media during your divorce.

If you are going through a divorce, watching what you post online or avoiding social media altogether may help increase your chances of a favorable outcome. Our experienced Wheaton family law attorneys can help you reach a settlement that protects your rights, your relationship with your children, and your financial security. Call us today at 630-871-1002 to schedule a free consultation.