Can My Spouse Prevent a Divorce? 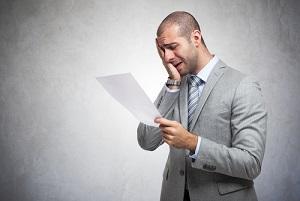 Divorce can be one of the most difficult times in a person’s life, especially if they are not the one who initiated proceedings. However, some try to actively make things harder for their spouse by doing things such as refusing to sign divorce papers, hiding information, and generally doing their best to impede the legal process. When you are dealing with such obstruction, it is understandable to wonder if it is actually possible for your spouse to deny you a divorce, but rest assured, the answer is no,though it can be made complex and expensive by an intransigent partner.

If you are the person to initiate divorce proceedings against your spouse’s wishes, it is not uncommon for him or her to attempt to delay or otherwise affect proceedings. One common way in which a spouse may attempt to thwart a divorce going forward is to make themselves unavailable to sign the papers. The rationale behind this is the presumption that proceedings cannot go forward without proof that the responding party—your spouse, in this example—has at least been made aware of the filing.

Alternatively, your spouse may decide to refuse their signature on divorce papers because they intend to contest your version of events. They have a right to do so, but it must be done in good faith. Illinois law holds that before anything else is debated, the issue of whether the marriage is irretrievably broken must be decided, and if you are able to show that you are of that opinion to a judge’s satisfaction, there is very little your spouse can do about it.

If your spouse generally cooperates with your wish to divorce, even if he or she is displeased, the court will process the divorce in a fairly standard fashion. However, if it is found that he or she has contributed to unreasonable delays, acted in bad faith, or declined to participate in proceedings at all, your spouse may wind up receiving the short end of the proverbial stick, either via a default judgment or being found in civil contempt. A default judgment is generally entered when you have exhausted all possible methods and remedies in attempting to serve your spouse, including service via publication in the relevant local newspaper. It essentially grants the divorce without passing judgment on issues such as child support since no information about the other spouse’s finances or overall well-being is available.

Contempt is a different matter. Defined as "conduct calculated to embarrass, hinder or obstruct a court in its administration of justice,” or to try and undermine the authority of the court to dispense justice, it is not often used against family court defendants. However, it is a tool in a judge’s arsenal when someone’s behavior is deemed to be egregious, especially if asset or support negotiations are being conducted in bad faith. If your spouse’s behavior rises to an especially outrageous level, this may be one option that can cease such delaying tactics.

Get Help Obtaining a Divorce?

Most of the time, when one spouse asks for a divorce, it can be completed in a relatively short span of time, assuming both spouses behave appropriately. If one spouse is dead set against a divorce, it can create real problems. If this is your situation, it can help to have a knowledgeable attorney on your side. Our passionate DuPage County divorce lawyers are happy to sit down with you and determine what the best path is for you. Contact us today to set up an initial consultation.