Should I Spy on My Spouse's Email If I Suspect Infidelity? 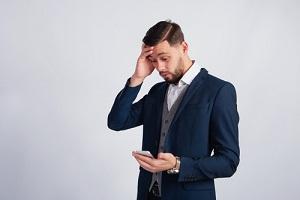 Social media posts have become an important source of evidence in many divorce cases. Many people falsely assume their posts are “private” and that any incriminating material–such as proof of an extramarital affair–can be concealed from an estranged spouse. In fact, many spouses have learned how to keep an eye on their partner's social media activity for just that reason.

But, what happens when a person goes even further and takes steps to monitor their spouse's email? An ongoing lawsuit suggests such activity may violate federal law. Not surprisingly, this litigation arose in the context of a highly-contested divorce.

The plaintiff and the defendant have been married for more than 40 years. The wife filed for divorce in Chicago five years ago. That case remains pending before a Cook County court.

The wife has accused her husband of infidelity. During pretrial discovery, the husband requested that the wife produce any evidence in her possession to support her allegations. In response, the wife produced “copies of email correspondence between [the husband] and several women,” according to court records.

The husband believed his wife “secretly placed a 'rule' on his email accounts” that automatically forwarded his messages–for a period of as long as five years–to her without his knowledge. The husband subsequently filed a federal lawsuit accusing the wife of violating the Wiretap Act. This is a federal law that makes it illegal to “intercept” or “disclose” another person's electronic communications. A victim of a Wiretap Act violation may file a civil suit to recover monetary damages.

A trial judge dismissed the husband's lawsuit, but last month, a three-judge panel of the U.S. Seventh Circuit Court of Appeals reversed the trial courts dismissal. The appeals court did not rule on the merits of the lawsuit, only that the case could proceed. The panel noted the husband's allegations “technically fall within the language of the [Wiretap] Act, though Congress probably didn't anticipate its use as a tactical weapon in a divorce proceeding.”

Since this case was filed, infidelity has been eliminated as grounds for divorce in Illinois. Therefore, finding proof of a cheating spouse is much less important. It is still wise to monitor your use of social media, as public posts are easily taken out of context and may present a less than favorable image. Photos of an expensive vacation or multiple new purchases, for example, may seemingly contradict your claims regarding your need for spousal maintenance.

If you are considering a divorce, you will need to develop a strategy for email and social media use that will prevent future problems. Contact our offices to speak with a qualified DuPage County family law attorney about your case. Call 630-871-1002 for a free consultation today.