The Stages of a Divorce Proceeding 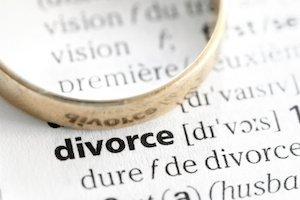 Although divorces are common enough today that most people have some experience seeing them from the outside, many people do not understand the actual steps of a divorce. Divorce, like many legal proceedings, is broken down into a series of stages. It begins with filing the petition for divorce, and can move all the way into trial, with several steps in between.

The divorce proceedings begin when the plaintiff, also known as the petitioner, files a petition requesting a divorce. This petition is a piece of paperwork that makes the court aware that the petitioner would like to dissolve the marriage. The actual form itself is often very short, only detailing things like the general grounds for the divorce, the number of children, and other pertinent information.

Service of Process and Response

Once the plaintiff files their petition, the next step is to notify the other spouse. This is known as the “service of process.” This involves the plaintiff, or more commonly their lawyer, providing the other spouse with a copy of the petition any other supporting documents that may go along with it. In more amicable divorces, this will often mean simply hiring an independent process server to deliver the complaint or perhaps sending it to the other spouse’s attorney, if they are already aware of the divorce and have sought legal counsel. However, in certain circumstances, the Sheriff’s Department can also be used to serve a spouse.

Following the service, the other spouse has the opportunity to respond to the petition. This response is simply an acknowledgement that they received the petition, yet may also dispute facts to the extent that the responding spouse disagrees with the petitioner.

After the other spouse responds, the case moves into the discovery phase. This part of the divorce involves valuing the marital assets, which may entail going through the finances, interviewing the spouses, and possibly even retaining experts to give their opinion on the value of certain items. After the estate has been valued, negotiations over the division begin, and many times cases can settle at this point once both sides have come to an agreement with which they can live. These settlement negotiations often also include issues like visitation, child custody, and future support obligations.

Assuming the parties do not reach a settlement, then the case moves forward to the pretrial conference. This is a discussion between the judge and the lawyers where they talk about the issues that the parties have not been able to settle themselves. While it is not a full trial, this discussion can give the lawyers a sense of the strengths of their cases, which can often encourage them to settle.

If the case still has not settled, then it goes to trial. This is the formal proceeding where the lawyers present their evidence to the judge in open court. It can involve witness testimony, financial documents, and arguments by the attorneys. Once the attorneys finish presenting the evidence and making their cases, the judge makes the final decisions about issues like custody, division of assets, and support obligations.

If you are thinking about filing for divorce and would like to learn more about the process and your individual case, get in touch with a DuPage County divorce lawyer today. We can provide you with tailored advice for your unique situation.