Substitution of Judges: Can I Get a New Judge in My Divorce Case? - Part II

Posted on Thursday, 12 November 2015 in Divorce 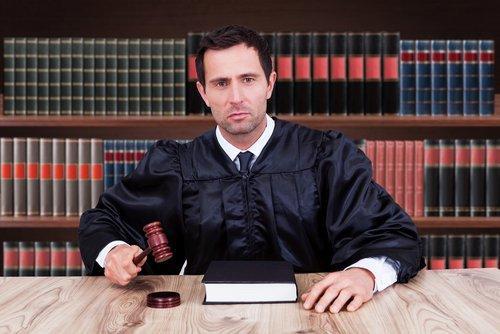 In a previous post we discussed the process of substituting a judge in your divorce case. You may recall that a judge who is assigned your divorce case has an obligation to automatically recuse him- or herself if he or she believes that he or she cannot be fair and impartial to either party. Also, the law of Illinois allows each party in a civil case an opportunity to request a substitution of judges without having to provide an explanation or reason as to why the substitution is requested. This must be done, however, before the judge you are wanting to be substituted has made any substantive rulings in your case.

Even where a judge has made substantive rulings, it is still possible to have the judge substituted and a new judge appointed. However, you must be able to show cause as to why the substitution should be granted.

What Does It Mean to Show Cause?

When the law requires you to show cause, it means that you must present evidence as to why the judge should be substituted. This is no easy task: you must be able to present evidence of actual events that demonstrates that the judge in your case is incapable of being fair and impartial to both sides of the dispute. It is not sufficient cause for substitution if:

So what then would be sufficient “cause” for substitution? It differs from case to case, but one example would be this: if the judge that is hearing your case is also the pastor of your ex-spouse’s church and the judge (in his role as pastor) provided marriage and relationship counseling to your ex-spouse, this would likely be sufficient “cause” to have the judge removed from the case. In such an instance, it is difficult to see how the judge could be fair and impartial to you having also had such a professional and confidential relationship with your ex-spouse.

What Happens When I Ask for a Substitution of Judges?

When you file a petition asking for a substitution of judges for cause, another judge in the district will review your petition. The judge you are seeking to be substituted can file a response to your petition, as can the other party. The judge reviewing your petition will make a determination as to whether the substitution should be granted or not. If granted, another judge in the district’s Domestic Relations Division will be appointed at random to hear the case.

Speak with a skilled DuPage County divorce attorney from our office and seek their guidance before deciding to seek a substitution for cause. In some extreme cases, a judge you asked to be substituted for cause may be even more hostile to your position and requests if your petition is unsuccessful. We can review the facts of your situation, advise you as to whether you have a strong case to seek substitution and, if so, file the necessary paperwork on your behalf. Contact our Wheaton or Oswego office for assistance.